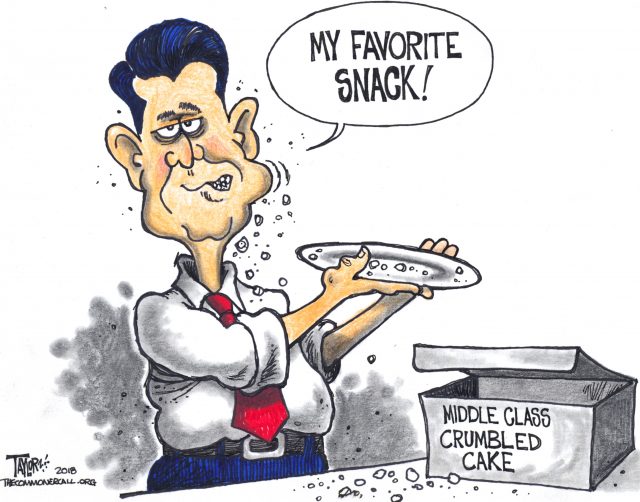 His record of accomplishing virtually nothing.

There’s considerable pathos and dramatic irony to the end of Paul Ryan’s political career — if you are able to view him from a distance, like a character in a Jonathan Franzen novel or a Netflix drama set in Norway. He’s a guy who believed he was out in front of history and positioned to shape it, but wound up being dragged behind the emperor’s chariot while the populace laughed at him and threw unpleasant objects. Until a few years ago, I bet he didn’t even know what “cuck” meant!

Ryan will be remembered, if anyone bothers to do so, as a craven coward and collaborator: Janesville, Wisconsin’s apple-cheeked answer to Marshal Pétain.

As an actual human player in the real world of American politics, however — assuming for the moment that anything about that world is real — Paul Ryan is pretty much contemptible. He was given a sort of parting valediction this week, in the form of a chummy conversation with Washington Post reporter Paul Kane that was broadcast on C-SPAN, and it was one of those strange D.C. spectacles that splits the difference between deadly dull and flat-out horrifying.

There was a rueful, semi-apologetic tone to the whole thing, as well there might be in the circumstances under which Ryan leaves the capital. Michael Cohen and Robert Mueller were mentioned, more or less in passing; Ryan acknowledged that he had heard of those people, but didn’t appear to have an opinion about them one way or another. This guy has been speaker of the House of Representatives throughout the period when the president of the United States has vigorously labored to undermine democracy and the rule of law, while being investigated for various kinds of corruption and conspiracy. That has been Ryan’s survival mode the whole time: What crisis? He hasn’t heard about any crisis; it’s all distant and vaguely irritating family gossip about an aunt he barely knows. …