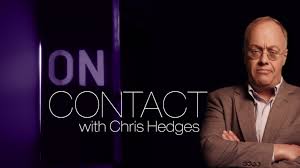 Chris Hedges and Joe Lauria, journalist and editor-in-chief, Consortium News, discuss efforts to force #WikiLeaks publisher, #JulianAssange, out of the Ecuador Embassy in London and extradite him to the USA to stand trial.