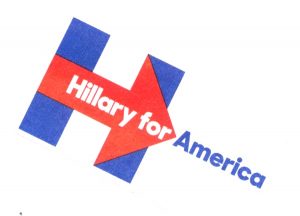 You cannot outflank the right by adopting its promises, that way you only end up as its handmaiden.

Ever since Hillary Clinton lost to Donald Trump in 2016, her insistence on staying in the public eye has been viewed with a particular kind of intolerance. Some on the right have turned her into a symbol of everything they hate, to be demonised at their rallies. Others, on the left, abhor her refusal to cede space to a newer generation, hanging in the air like a bad smell, a constant memory of the moment it all went wrong. But Hillary Clinton will not go away, and that is a very good thing. Not because she should remain on the scene, fighting the good fight against the forces of reaction, but because with every interview and public appearance she is revealing in the most helpful way the pointlessness of her politics.

In an interview with the Guardian as part of its series the new populism, the former presidential candidate illustrated how a certain brand of centrist politician has no rebuke or response to the far right other than to mimic their tactics. On the issue of immigration in Europe, she called on the continent’s leaders to erect the barricades.

The tenor of Clinton’s comments, the harshness and impatience with tactics that are not working, is a familiar sickener. Compassion is weakness, defeat means only that the methods did not work, rather than that the values were broken. There is no self-reflection.

“I think Europe needs to get a handle on migration because that is what lit the flame,” she said. “I admire the very generous and compassionate approaches that were taken particularly by leaders like Angela Merkel, but I think it is fair to say Europe has done its part, and must send a very clear message – ‘we are not going to be able to continue provide refuge and support’ – because if we don’t deal with the migration issue it will continue to roil the body politic.”

There is a fundamental error in this thinking. It assumes the results of populist politicking are in fact its sources. Clinton believes she is on to something, but it is offering nothing new. In the past two years accepting the populist version of events and painting the left as out of touch has become a genre of its own, a strain of thought that holds that the success of the immigration rhetoric of populists is organic, inevitable and a “backlash” of some sort, rather than one of several ways that populist politicians build grievance. National populism is thus “unstoppable”, it is the revolt of the “somewheres” against the “anywheres”, “white self-interest”, a “whiteshift”. Clinton’s “beat them at their own game” strategy is the default position on the establishment centre, a capitulation of laziness, defeatism and gullibility.

It also doesn’t work. It is one of the enduring perplexities of centrist politics, one whose adherents attack the left for being unrealistic and unconcerned with electoral victory, that on immigration it has stuck to pandering to xenophobia despite the benefit of that never materialising at the ballot box. …