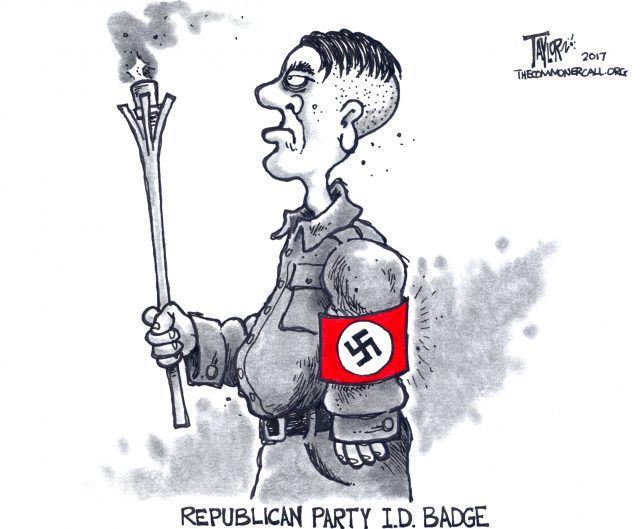 One thing stands out: The Base’s posts are largely designed to promote violent action.

A neo-Nazi who goes by the alias Norman Spear has launched a project to unify online fascists and link that vast coalition of individuals into a network training new soldiers for a so-called forthcoming “race war.”

Spear, who claims to be an Iraq and Afghan war veteran, is a self-proclaimed white nationalist with a significant online following. His latest act involves bringing neo-Nazis together, regardless of affiliation and ideology, into a militant fascist umbrella organization. His tool for doing this? A social network he calls “The Base,” which is already organizing across the US and abroad, specifically geared toward partaking in terrorism.

Militarizing the neo-Nazi movement within the fractious ecosystem of the far-right is something that makes The Base uniquely dangerous.

The network’s vetting process serves to funnel committed extremists from around the internet into a group explicitly focused on providing users with terroristic skills, in order to produce real-world violence. Members of The Base have made it clear they’re recruiting applicants with military and explosives backgrounds. And in addition to homemade bombs, members have also begun discussing trying to find unexploded World War II ordnance to make improvised explosive devices.

‘Some form of bombing’

“I’m all about violence, but I want to gather with people and plan something out,” wrote one user going by the name Rimbaud to the almost 50 other members of the secret network, lamenting that the recent terror attack on a synagogue in Pittsburgh could’ve been more effective. “Maybe some form of bombing, or something a bit more destructive.”

The Base is attracting known extremists from the militant far-right. It counts alleged members of Atomwaffen Division—a violent neo-Nazi terror group linked to several hate crimes, an attempted bombing and a racially motivated killing—and the Eco-Fascist Order (EFO)—a newly minted far-right organization on the radars of terrorism trackers—as part of its growing coalition. …