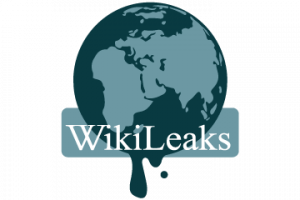 An assistant U.S. attorney in the federal Eastern District of Virginia on November 16 accidentally revealed that Wikileaks co-founder Julian Assange has been charged with unspecified federal crimes; those charges have been sealed. The disclosure came in an unrelated terrorism and child pornography case. In response to a media inquiry, the assistant U.S. attorney asked a judge to keep Assange’s charges sealed, saying, “Due to the sophistication of the defendant, and the publicity surrounding the case, no other procedure is likely to keep confidential the fact that Assange has been charged.… The charges need to remain sealed until Assange is arrested.”

There are several aspects to this “accident” that are setting off alarm bells. First, it’s news that Assange has actually been charged with something. The speculation is that the charge is likely to be multiple counts of espionage. The government will argue that Assange is not a journalist and is not entitled to journalistic protections. It will argue further that Assange did exactly what the 1917 Espionage Act describes as espionage: “Providing national defense information to any person not entitled to receive it.” (I have argued over the years that the Espionage Act is so overly broad as to be unconstitutional, although it has not been challenged through the federal system up to the Supreme Court.)

The entire process took a minute. On the way out of the courtroom, I asked my lead attorney what had just happened. “We just lost the case. That’s what happened. Now we talk about a plea.”

The issue here is that it is highly unusual – unprecedented, even – for a foreign national (Assange is Australian) to be charged with espionage when he did not steal the information. He was simply provided the information, which he then made public. Assange says that he was just a journalist doing his job, and no administration has ever charged a journalist with espionage for doing his job.

Third, I have long predicted that Assange would face Judge Leonie Brinkema were he to be charged in the Eastern District. Brinkema handled my case, as well as CIA whistleblower Jeffrey Sterling’s. She also has reserved the Ed Snowden case for herself. Brinkema is a hanging judge. She was appointed to the federal bench by Ronald Reagan after serving as a federal prosecutor. She was then elevated from administrative judge to trial judge by Bill Clinton, under the patronage of former Republican senator John Warner.

No chance to defend myself

Brinkema gave me literally no chance to defend myself. At one point, while approaching trial, my attorneys filed 70 motions, asking that 70 classified documents be declassified so that I could use them to defend myself. I had no defense without them. We blocked off three days for the hearings. When we got to the courtroom, Brinkema said, “Let me save everybody a lot of time. I’m going to deny all 70 of these motions. You don’t need any of this information to be declassified.” The entire process took a minute. On the way out of the courtroom, I asked my lead attorney what had just happened. “We just lost the case. That’s what happened. Now we talk about a plea.”

My attorneys eventually negotiated a plea for 30 months in prison – significantly below the 45 years that the Justice Department had initially sought. The plea was something called an 11-C1C plea; it was written in stone and could not be changed by the judge. She could either take it or leave it. She took it, but not after telling me to rise, pointing her finger at me, and saying, “Mr. Kiriakou, I hate this plea. I’ve been a judge since 1986 and I’ve never had an 11C1C. If I could, I would give you ten years.” Her comments were inappropriate and my attorneys filed an ethics complaint against her. But that’s Brinkema. That’s who she is.

Julian Assange doesn’t have a prayer of a fair trial in the Eastern District of Virginia. The only thing that can save him is jury nullification. Technically, jury nullification is illegal. That’s when a jury acquits, not because the defendant is innocent, but because the law itself is wrong. The Espionage Act is wrong. Julian Assange is a journalist. He should never have been charged with a crime in the first place. While the judge that will likely hear his case may disagree, a jury might agree. And it should.

(John Kiriakou is a former CIA counterterrorism officer and a former senior investigator with the Senate Foreign Relations Committee. John became the sixth whistleblower indicted by the Obama administration under the Espionage Act – a law designed to punish spies. He served 23 months in prison as a result of his attempts to oppose the Bush administration’s torture program.)

The Justice Department has inadvertently revealed that it has prepared an indictment against WikiLeaks founder Julian Assange. In an unusual development, language about the charges against Assange was copied and pasted into an unrelated court filing that was recently unsealed. In the document, Assistant U.S. Attorney Kellen S. Dwyer wrote, “Due to the sophistication of the defendant and the publicity surrounding the case, no other procedure is likely to keep confidential the fact that Assange has been charged.” The news broke on Thursday night just hours after The Wall Street Journal reported the Justice Department was planning to prosecute Assange.

Assange has been living since 2012 in the Ecuadorean Embassy in London where he has sought refuge and political asylum. It’s unclear what charges may be brought against Assange; the Justice Department has previously considered prosecuting him over his role in the release of hacked DNC emails during the 2016 presidential campaign, as well as over the release of the so-called Iraq and Afghanistan War Logs, shared by U.S. military whistleblower Chelsea Manning. The Assange case has been closely followed by advocates for press freedom.

Kenneth Roth of Human Rights Watch tweeted, “Deeply troubling if the Trump administration, which has shown little regard for media freedom, would charge Assange for receiving from a government official and publishing classified information—exactly what journalists do all the time.”

We speak with human rights attorney Jennifer Robinson, who has been advising Julian Assange and WikiLeaks since 2010.