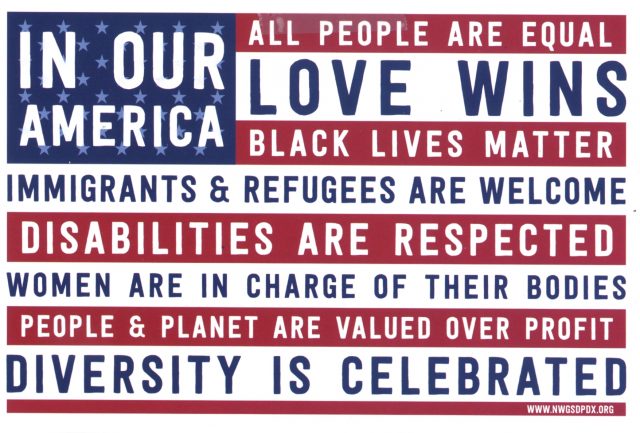 The Fire This Time Will Keep Burning Long After The Polls Close.

[Editor’s Note: Let’s hope there are good results with tomorrow’s elections but understand, the real work begins the day after. The work to blunt the Trump fascism and reform the democratic party has just begun. The stakes couldn’t be higher. This is a long, long game, folks. — Mark L. Taylor]

Perhaps enough Americans in enough numbers in enough places have woken up to the wildfires consuming our country. Perhaps these woke Americans will throw some water on the fires in the November 6 election. Perhaps an emerging American majority will slow the Republican burn of American idealism, decency, and justice. Perhaps an emerging American majority will elect enough new Democrats to prod old Democrats out of their lazy collusion with burning the country down. Perhaps.

Whatever happens November 6, the fires of political fascism and capitalist authoritarianism will continue to rage out of control. The conniving right has been feeding these flames for decades and it’s likely to take more decades to extinguish them, if that’s even possible. The Long March of the right from the debacle of Goldwater in 1964 to the triumph of Trump in 2016 has been astonishingly Maoist in its determination, orthodoxy, and political correctness. One has to acknowledge them for their sheer ruthlessness and determination. Minority rule is no mean trick.

Nothing magically changes on November 6, no matter the outcome. The election of a Democratic House looks like the most likely best outcome. But that Democratic majority wouldn’t be seated till January, leaving Republicans two months to feed the flames consuming us. The reality is that every moment is a moment of truth.

The Republican right had help from supine Democrats with no coherent alternative. They had more help from media quislings and collaborators (yes, that’s Fox) whose idea of analysis involved telling “both sides” regardless of what might be true. They had more help from an educational system producing increasing compliant, ignorant voters who could no longer reliably assess what was real or important or even in their self-interest. And they had still more help from elitist leaders who, rather than engaging the country as a potential unity, dismissed millions of people as deplorables in love with their guns and their religion (as if either of those were unquestionably evil).

What we’ll still have

Whatever happens November 6, we’ll still have a president who aspires to dictatorship, as illustrated by his assertion that he has the power to rewrite the Constitution all by himself. We’ll still have a ruling party that relies on racism to maintain power, that enables its bigots to spread hate by graffiti and murder. We’ll still have concentration camps full of migrants and migrant children separated from their parents, rounded up and held with no due process of law.

In a sense, November 6 is a moment of truth for the country. In a deeper sense, that’s fundamentally facile and false. Nothing magically changes on November 6, no matter the outcome. The election of a Democratic House looks like the most likely best outcome. But that Democratic majority wouldn’t be seated till January, leaving Republicans two months to feed the flames consuming us. The reality is that every moment is a moment of truth. Radical Republican reactionaries internalized that decades ago. Perhaps the realization that the moment of truth is now, always now, has finally generated a humane, tolerant, democratic majority in America – and maybe even an enlightened majority that can sustain itself. It’s worth dreaming.