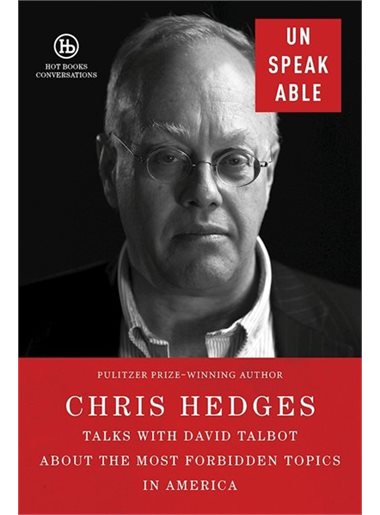 The War on Terror is a profitable crusade against convenient enemies. “Muslim rage” is an understandable response to US state terror. Rising oligarchy in America has made democracy a sham and turned the electoral process into an increasingly absurd circus. Police violence against minorities is part of a systematic effort to crush social discontent. Proliferating violence against women’s health clinics is part of the war on women’s bodies. Freedom of speech is an illusion, with government agencies and corporate media dictating acceptable boundaries of public discourse. America’s only hope is a revolution to create genuine structures of popular power.

This kind of insight into America’s deeply troubled current state cannot be found on television, in the pages of leading newspapers, or on Google News. Many of our most important thinkers are relegated to the shadows because their ideas are deemed too radical—or true—for public consumption. Among these intellectual bomb throwers is Chris Hedges, who, after decades on the front lines, continues to confront power in America in the most incisive, challenging ways.

Hedges’s unfettered conversation with Hot Books editorial director David Talbot— founder of Salon and author of New York Times bestseller, The Devil’s Chessboard: Allen Dulles, the CIA and the Rise of America’s Secret Government—will be the first in a series for Hot Books called “Unspeakable,” featuring some of the most important – and censored – voices in the world today.