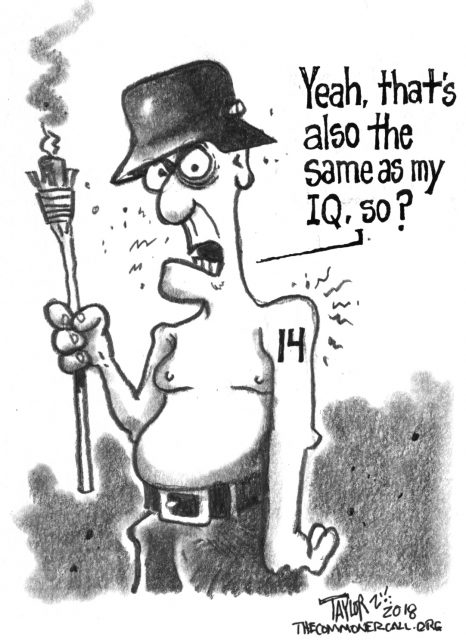 “14 Words” is a reference to the most popular white supremacist slogan in the world: “We must secure the existence of our people and a future for white children.” The slogan was coined by David Lane, a member of the white supremacist terrorist group known as The Order (Lane died in prison in 2007). The term reflects the primary white supremacist worldview in the late 20th and early 21st centuries: that unless immediate action is taken, the white race is doomed to extinction by an alleged “rising tide of color” purportedly controlled and manipulated by Jews.

Because of its widespread popularity, white supremacists reference this slogan constantly, in its full form as well as in abbreviated versions such as “14 Words”, “Fourteen Words,” or simply the number “14.”

(Commoner Call cartoon, 2018. Open source and free for non-derivative use with link to www.thecommonercall.org )