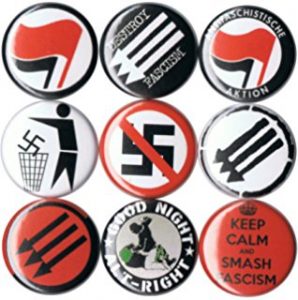 It wasn’t so long ago that white nationalist “intellectual” Richard Spencer was the toast of the so-called “alt-right” and was even generously profiled by liberal and mainstream news outlets. His speaking engagements at various public universities attracted headlines for months throughout the 2017-2018 academic year as he faced massive blowback for organizing and attending the “Unite the Right” rally in Charlottesville in August 2017. Now, Spencer barely appears in public and is reportedly broke.

He’s not alone. Though fascists and their ilk fundraised aggressively to cover their legal costs in the wake of “Unite the Right,” many of them, especially the organizers and those directly linked to violence in Charlottesville, appear to be broke and enjoy few options for financial recourse. This comes despite the fact that the GOP, and, all too often the mainstream press, have either embraced or given cover for various violent far-rightists.

Identifying which platforms continue to enable the far right fundraising is tedious and constant work, but restricting their fundraising capabilities is of the utmost importance.

“I wouldn’t say they’re faring very well,” Keegan Hankes, a senior research analyst with the Southern Poverty Law Center, told Splinter of the “alt-right’s” financial status. “The vast majority of outspoken white supremacists or otherwise extremist groups have lost access to fundraising platforms like PayPal, Google Pay, and others like [them] have started enforcing their longstanding terms of services.” The white nationalist movement has by no means been entirely taken out by these efforts, but they’re not exactly rolling in dough right now.

One largely under-reported contributor to these circumstances is the meticulous, ongoing work of anti-racist and anti-fascist activists and civil rights groups. Using a common anti-fascist tactic called “no platform” which denies a person or group a platform to speak or organize (it’s sometimes called “de-platforming”), activists have helped make it difficult for white nationalists to fundraise online, stymying fascist activism by cutting off their income and fundraising capabilities. In a financial context, no platform means cutting the far right off from fundraising—both from crowdsourced fundraising platforms such as Patreon, and from collecting money directly via their own websites. …