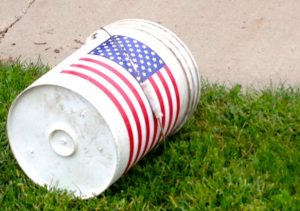 Scholar of the Nazi period explains why fake news may be a more powerful authoritarian tool than secret police.

History can teach us many lessons about Donald Trump and his rise to power. As shown by his deeds, words and policies, Trump is an authoritarian and a demagogue who has, so far, been restrained by America’s weakened democratic institutions and norms. Trump has repeatedly shown contempt for America’s cosmopolitan, pluralistic multiracial democracy. He and his supporters would smash that order and a create a new one based upon white racial authoritarianism (as well as naked plutocracy) if, and when, they have the opportunity to do so.

Learning lessons from history about the present requires a keen appreciation of context. The model of authoritarianism that Donald Trump, the Republican Party, their allies and voters represent will fit the cultural and political norms and institutions of the United States. This usurpation of American democracy will be both similar to and different from what took place in other countries and at other times.

In all, history’s lessons must be learned carefully, and applied with even more care if we are to make better sense of the present and the rise of Donald Trump in the United States, as well as resurgent reactionary right-wing movements around the world.

What lessons do the fall of German democracy after World War I and the rise of the Nazis and Adolf Hitler hold for the United States in the age of Trump? What role does an assault on democratic norms and traditions play in the rise of fascist and authoritarian movements? In what ways are “traditional” Republican elites like Mitch McConnell responsible for an “outsider” such as Donald Trump taking power? Is dissent being criminalized in the United States by Trump and his followers? What is “illiberal democracy,” and how will it do the work of authoritarianism in the U.S. and elsewhere? Is Trump a fascist, or is he better described using another label? …