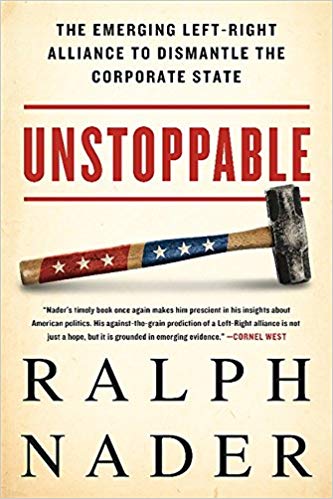 “The military, congressional, industrial empire complex — if not stopped — will destroy the United States of America.”

Nader is an author, consumer advocate, and former presidential candidate. He is one of America’s most effective social critics, and has emerged as a leading voice against the growing convergence of government and corporate interests. He is the author of Unstoppable: The Emerging Left-Right Alliance to Dismantle the Corporate State.