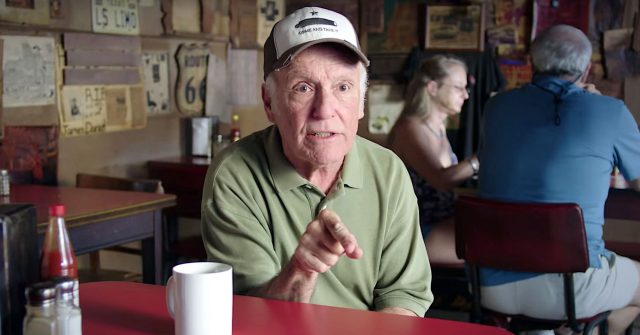 It woudd be nice to say the dems produced this ad. They didn’t.

Senator Ted Cruz pretends to be tough, but he’s really a quivering lap dog. Cenk Uygur and John Iadarola, hosts of The Young Turks, break it down.

As reported in the HuffPost: “A new ad from a political action committee called Fire Ted Cruz slams the senator and former Republican presidential candidate for his re-election campaign slogan, ‘Tough as Texas.’

The ad, directed by Richard Linklater, features the actor Sonny Carl Davis in character as the Texan he portrayed in Linklater’s 2011 film, ‘Bernie.’ Davis’ character zeroes in on the insults Donald Trump heaped on Cruz during the 2016 presidential campaign. ‘I mean, come on,’ Davis says. ‘If somebody called my wife a dog and said my daddy was in on the Kennedy assassination, I wouldn’t be kissing their ass. You stick a finger in their chest and give ’em a few choice words. Or you drag their ass out by the woodshed and kick their ass, Ted. Come on, Ted.’”