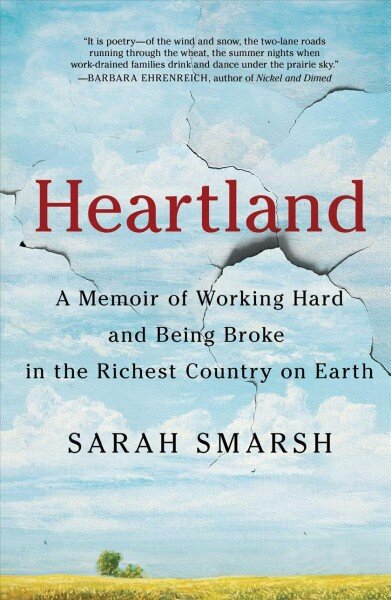 “It’s a hell of a thing to grow the food, serve the drinks, hammer the houses and assemble the airplane that bodies with more money eat and drink and occupy and board while your own body can’t go to the doctor.”

During the 1980s, when Smarsh was growing up, family farms were going under in record numbers, falling victim to foreclosure and the rise of giant agribusiness. By then, Smarsh’s dad was taking any job he could get, including roofing, driving semitrucks and disposing of poisonous industrial solvents — a job that almost killed him.

As a family, the Smarshes were just hanging on, living below the poverty line. But like many others in their situation, they considered themselves middle class. Looking back in wonderment, Smarsh writes:

“That we could live on a patch of Kansas dirt with a tub of Crisco lard and a $1 rebate coupon in an envelope on the kitchen counter and call ourselves middle class was at once a triumph of contentedness and a sad comment on our country’s lack of awareness about its own economic structure. Class didn’t exist in a democracy like ours, as far as most Americans were concerned, at least not as a destiny or an excuse. You got what you worked for, we believed. There was some truth to that. But it was not the whole truth.”