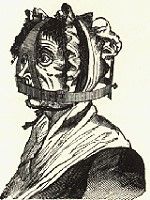 I write this not knowing if by the time it is published, Brett Kavanaugh will still be the Supreme Court nominee, or whether more people will have come forward with more stories of assault or degradation, or whether Chuck Grassley or Donald Trump will have doubled down on their inhumanity, or whether there will be more evidence put forth discrediting the women coming forward with stories about Brett Kavanaugh or other men currently engaged in his defense.

There is so much I don’t know about what’s going to happen next, whether on the Supreme Court or in the midterm elections or when it comes to the fate of the Trump administration or the future of the Democratic Party.

But what I do know with absolute assurance is that we are living through a period in which women are enacting crucial, swift, large-scale social and political change.

As women insist on wresting the metaphorical hands from their mouths, and we commit to listening to and examining what they have to say, this broken world may not get fixed, but it will never be the same.

That change is happening whether or not Republicans push Kavanaugh through, whether or not Democrats take the House or the Senate. The change is not simply (or perhaps, not yet) about outcomes, but rather about expectations and what it’s okay to talk about and when. Women — 27 years after Anita Hill, 12 years after Tarana Burke’s Me Too, and one year into #MeToo — are refusing to stop speaking about their experiences, their perspectives, their memories. By doing so, they’re expanding the boundaries of what kinds of stories must be taken seriously — and bringing a much fuller picture of female humanity into view.

I thought about this forced shift when I opened the New Yorker piece by Jane Mayer and Ronan Farrow on Sunday night, and read about the kind of encounter most women I know have always assumed they’d never be able to recount in public — least of all in the midst of a highly scrutinized, high-stakes political battle — because it didn’t meet the impossibly high standards the world has set for women who’ve been abused or assaulted and want to be believed. The story was told by Deborah Ramirez, who told Mayer and Farrow that she almost didn’t come forward — even with a lifetime appointment to the Supreme Court in the balance — because what she had to relate happened one night in college when she’d been drinking. …

“I am here today not because I want to be,” she plans to say. “I am here because I believe it is my civic duty to tell you what happened to me while Brett Kavanaugh and I were in high school.” …