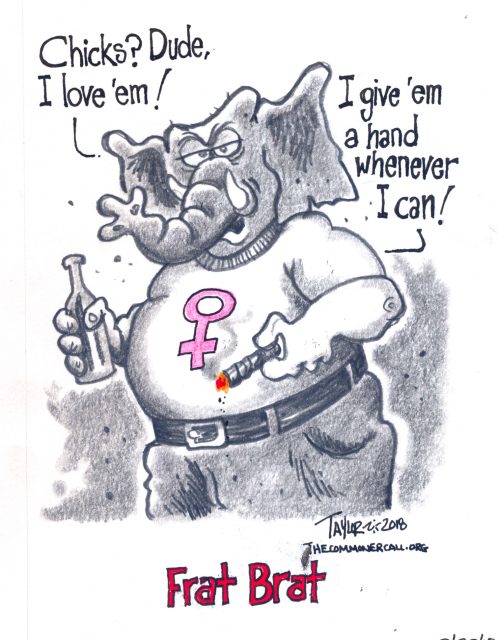 [Editor’s Note: This article provides valuable insight as to not just why many women, but many workers and members of the middle class vote Republican even though the party is a direct threat to their families, interests and needs. — Mark L. Taylor]

Lists of crazy comments about women by Republican men have been an internet staple for years. If the party agenda were to alienate as many females as possible, they should be doing quite well.

And then there’s behavior.

As Leonard Pitts Jr. put it, here is where we stand:

The Grand Old Party isn’t much of a party for women; it’s more like a frat party—a power-drunk letch-fest. The Grand Old Boys Party.

One might think by now that Republican and woman would be a contradiction in terms. Granted, college-educated women are trickling away from the GOP; that should be no surprise. The head scratcher is that any stay. WTF. Before you decide that all female Republicans must be brainless or bad, and therefore hopeless, consider the following: …

(Commoner Call cartoon by Mark L. Taylor, 2018. Open source and free for non-serivative use with link to www.thecommonercall.org )

CNN helpfully hosted a panel of “average” Republican women to get a feeling on where they stand about the allegation from Dr. Christine Blasey Ford that Supreme Court nominee Brett Kavanaugh attacked her when she was 15 years old (he was 17 at the time), pinning her on a bed, trying to take off her clothes, and putting his hand over her mouth when she protested.

In a shockingly cruel and unified voice, the women all brushed off the allegations. One woman helpfully pointed out that all teen boys do this! Not sure how these women are raising their sons, but no—not all young men do this, and we shouldn’t accept it when they do.

You can watch the segment below, but it didn’t take long for Twitter users to identify the “average” Republican women and expose their deep connections to both the Kavanaugh nomination and the Republican Party as a whole. CNN should have clearly identified these women and their party connections.

The woman in the white sweater is Lourdes de la Peña. She and her husband have hosted $1,000-per-plate fundraisers in their home for (and with) Ted and Heidi Cruz. Twitter user Shawn Brandt showed that Irina Villarino, seated in the middle, is such a big Trump supporter that she was seated directly next to Donald Trump at a recent tax cut event. Another woman, Gina Sosa, is a failed Republican candidate in Florida.

These women are most certainly not the “average” Republican women that CNN portrayed them as, and this isn’t the first time this has happened on CNN. In the era of Donald Trump, they have TWICE featured a plain ol’, average Republican woman screeching about how much she hated Obama and loves Donald Trump. Unfortunately, they never identified this woman as Susan DeLemus, a now former Republican state representative in New Hampshire, who gained a reputation for racist ideas and policies. They also neglected to mention her husband is Jerry DeLemus of the Trump for President Veteran’s Coalition, who is currently serving seven years in federal prison for his role in Cliven Bundy’s standoff with federal agents in Nevada in 2014. Jerry DeLemus also turned up at the Ammon and Ryan Bundy takeover of the Malheur Wildlife Refuge in 2016. …

Read the Rest and Video Clips 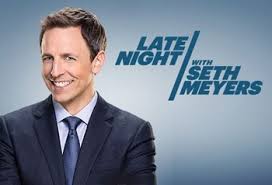 Seth Meyers took a more serious approach in picking apart Donald Trump’s Supreme Court nominee federal judge Brett Kavanaugh’s well-staged Fox News interview. While the republicans on the senate judiciary committee are bringing in a female prosecutor to do their dirty work, Kavanaugh would only submit to a question massage in the studios of Fox News. His unwillingness to support a FBI investigation and his turning to Fox News for a staged wife-by-my-side faux news interview tell you all you need to know about Kavanaugh.

Between the Fx News lovefest and the fact that only 7% of the records request has been met the question remains: what is Brett Kavanaugh and his republican senate enablers hiding? Well there is no way to know everything but one thing is for certain: they are hiding the truth.