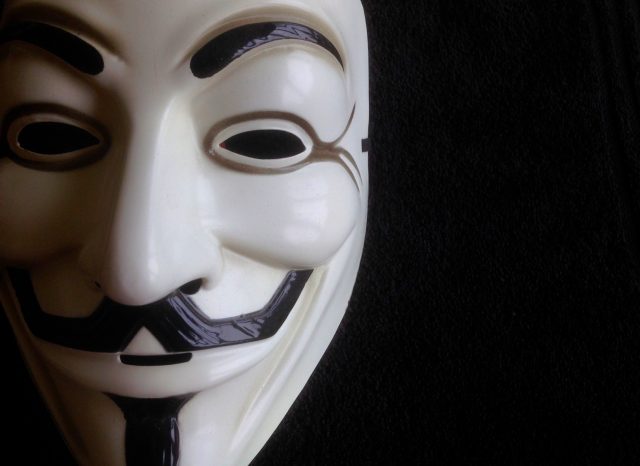 The New York Times recently published an anonymous op-ed from a “senior official” in the Trump administration. In the op-ed, the unnamed author describes President Donald Trump as “impetuous, adversarial, petty, and ineffective.” He or she depicts a White House in which the author – together with like-minded colleagues – work to undermine the president’s “half-baked, ill-informed and occasionally reckless” decisions.

A tweet from the president, in what appears to be in reference to the op-ed, asked: Treason?

Some commentators, making clear that they had difference of opinion with President Trump’s policies, nonetheless, condemned the author for writing the piece – and for working to undermine the decisions of a sitting president.

Steven Pike, a former diplomat in both the Obama and Bush administrations, for example, wrote that the legal remedy for a genuinely incapacitated president involves the use of the 25th Amendment. As Pike observes, if the author believes the president is genuinely not up to the job, then the available recourse is to follow the Constitution, not to “improvise.”

Regardless of its legality, as a scholar who studies political ethics, I would argue the decision to write this op-ed is likely unethical, and could set a dangerous precedent.

Democratic institutions require a great many people to do particular jobs – the author of the op-ed included.

He or she serves within a system of defined responsibilities, in which he or she has access to power only because the President has chosen to give it. To refuse to do what that job demands – which includes, in this case, keeping secrets and helping the president achieve his goals – violates the moral norms of professional ethics.

This extraordinary decision by a senior official to undermine his or her own administration sets a precedent. It announces that this sort of thing can be done, because it has been done.

The op-ed, moreover, seems intended to embarrass a sitting president, and to make it more difficult for him to govern.

This seems, to put it mildly, undemocratic. Whatever else is true, the president was elected, and the one who is resisting him from within was not.

Is this civil disobedience?

One could, perhaps, argue that the author is following the American tradition of civil disobedience. Daniel Ellsberg, a military analyst, famously leaked the Pentagon Papers to The New York Times, breaking the law in doing so. He wanted to demonstrate that the Johnson administration had been systematically lying to the American public.

Ellsberg defended himself by using the example of America’s best-known advocate of civil disobedience – Martin Luther King Jr. In King’s letter from Birmingham Jail, King argued that citizens had a moral duty to resist unjust laws, and cited St. Augustine to add that “an unjust law is no law at all.”

The author might try to use these ideas to defend his or her decisions. I do not think the attempt would succeed.

King insisted that lawbreaking must be open, and that the lawbreaker must be ready to accept punishment. That was because the law of a democratic society deserves our respect, and ignoring that law with impunity undermines that law’s authority. Thus, King allowed himself to face unjust imprisonment.

The same was true for Ellsberg, who voluntarily provided his name to the authorities, and was subsequently charged with espionage and conspiracy.

In the present case, as we know, the author decided to hide his or her name, and continues to serve in the Trump administration. He or she is unwilling to risk either imprisonment or unemployment. For King, one cannot make this choice. Respectful disobedience to democratic law is possible, but it necessarily involves taking responsibility for that disobedience, and allowing the law to take its course.

The actions that the author describes as “resistance” to the president’s wishes are similarly covert. They have been hidden – at least until now – both from the public and from the president himself.

Both King and Ellsberg broke laws to create public discourse. They sought to focus public attention on particular forms of evil, so as to begin the process of holding that evil to account. The publication of the op-ed, however, does not do the same. If anything, by highlighting the author’s methods of resistance, it will make such resistance more difficult in the future.

The author could seek a more radical principle to justify his or her decisions. Perhaps the author’s resistance could be morally justified based on a theoretical approach such as that offered by Arthur Applbaum, a political philosopher at Harvard.

Applbaum has argued that disobedience by officials might be morally legitimate, when that disobedience prevents them from complicity in serious injustice. Applbaum rests his analysis on the limits of what he calls role morality.

The defense lawyer, for instance, does not directly seek justice – her role is to defend her client, and she must assume that the system as a whole will produce justice. When she cannot make that assumption, though – when the system begins to produce profound injustice – Applbaum argues she cannot comply with the moral requirements of the role.

The author of the op-ed could make a similar claim for his or her deviation from the rules of the role they play within the White House. If the author believes that President Trump represents a danger to the United States, it could allow the author to listen to the commands of conscience, rather than the constraints of the job and make the decisions that were made in this case.

Even here, though, there are some grave ethical concerns.

The foremost of these is that Applbaum’s justification would only work if the disobedience would actually result in more justice. The permission to break the rules in the name of ethics – whether that involves resisting the president, or breaching confidentiality by writing about that resistance – is not a permission to make a bad situation worse.

Commentators have already noted, however, that this might be exactly what the publication of this op-ed will do. Things may be worse in the White House after this op-ed. They may, in fact, be worse because of this op-ed. The op-ed complains of President Trump’s irrationality and paranoia. Publishing the op-ed is unlikely to reduce either.

Another risk to note is that this extraordinary decision by a senior official to undermine his or her own administration sets a precedent. It announces that this sort of thing can be done, because it has been done.

President Trump’s political opponents have responded to the op-ed with mixed emotions. Jennifer Holdsworth, a Democratic strategist, said that the author of the op-ed was “extremely brave” but also that it was setting a “dangerous precedent.”

Both of Holdsworth’s reactions, in my view, are right.

(Articles from The Conversation may be republished for free, online or in print, under Creative Commons license.)

(Commoner Call photo by Mark L. Taylor, 2017. Open source and for non-derivative use with link to www.thecommonercall.org )