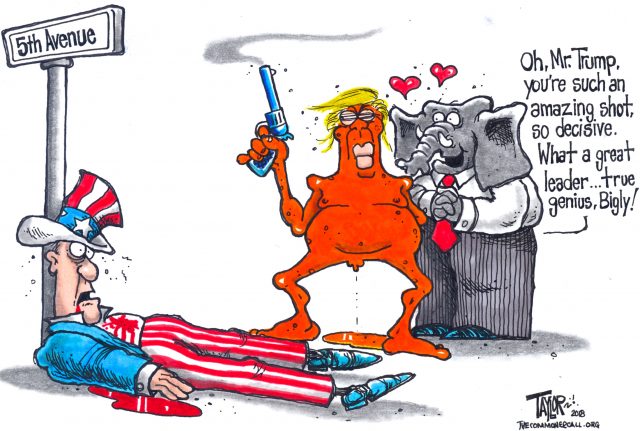 You can just imagine the tweets, denials and equivocating that would follow a murder committed by Trump on Fifth Avenue, can’t you?

Reality Check: A Few Flashbacks Of Republicans Dismissing Trump As ‘crazy’ And “kook”Before They Began Licking Him With Praise

What happened to the Republican Party?

Then recently Graham said, “You know what concerns me about the American press is this endless attempt to label the guy as some kind of kook who is not fit to be president.”

Makes me wonder what the Russians may have on the wobbly-kneed senator and others of his ilk. If you think the Russians limited their email hacking to the Democrats I have a resolute South Carolina senator to refer you to.