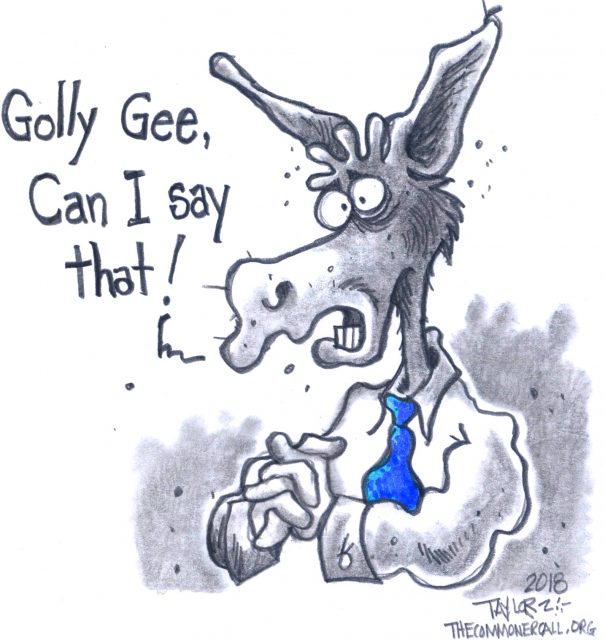 Michael Avenatti could become the second person to go from cable news fixture to president.

Speaking to a crowd of activists at the Iowa Democratic Wing Ding event, Avenatti left the room electrified. The lawyer, who is exploring a potential presidential bid, turned what has been a sleepy presidential pre-season so far upside down.

The lawyer for Stormy Daniels has become a national sensation with his ever-constant appearances on cable news advocating for his client and attacking Donald Trump. But while Democratic activists like Avenatti on television, they love his live show Friday. They clapped, they cheered and flocked to him for selfies afterwards in a mob scene.

“I believe that our party, the Democratic party, must be a party that fights fire with fire” and warned that for too long the party has had a “tendency to bring nail clippers to a gunfight”.

Jeff Link, a top Democratic operative in the state who was spending the day accompanying Avenatti, said the only comparison he had ever witnessed was Barack Obama’s first visit to the state, in 2006.

In his remarks, which went for nearly half an hour, or twice as long as the limit for speakers at the event, Avenatti drew repeated standing ovations as he called for a vigorous, aggressive Democratic response to Trump.

Alexandria Ocasio-Cortez shot back at a conservative commentator on Twitter Thursday, comparing his invitation to debate him with a solicitation from a catcaller on the street.

“I don’t owe a response to unsolicited requests from men with bad intentions,” Ocasio-Cortez, the Democratic candidate for Congress in New York’s 14th District, wrote. “And also like catcalling, for some reason they feel entitled to one.” …

[Editor’s Note: This interview includes a lot of insight and ‘nuts and bolts’ guidance on how to mount an effective progressive campaign. — Mark L. Taylor]
The Dig (7/9/18)

Alexandria Ocasio-Cortez is a 28-year old Latina working-class champion committed to social transformation who beat one of the most powerful men in Congress: the King of Queens. Dan had an extended conversation with her about how organized people won her election, how she’ll stay accountable to those movements now that she’s a rock star, establishment myopia and denial, The Congressional Progressive Caucus’ shortcomings, and where the insurgency goes from here.

NFL player Cameron Jordan has called out President Donald Trump over his criticism of athletes who took a knee in protest against police brutality and racial injustice during the national anthem before preseason games this week.

On Friday, the New Orleans Saints defensive end used Twitter to claim Trump was a “goober” who was “acting out” like an “overly insecure prepubescent child.” Jordan also asked Trump for a statement on this weekend’s scheduled white supremacist “Unite the Right” rally in Washington, D.C. …

The Story Of The Democratic Party, As Told By New Podcast ‘The Wilderness’

The way forward for the Democratic Party. Jon Favreau’s popular new podcast, “The Wilderness,” explores how the Democrats lost their way and how to bounce back.

Jon Favreau, host of the new political commentary podcast, “The Wilderness,” a 15-party [sic] documentary series that consults historians, strategists and politcians to tell the story of the Democratic party. Chief speechwriter for Barack Obama from 2006-20013. Founder and host of “Pod Save America.” (@jonfavs)

Listen to “The Wilderness” here.

Must Be A DNC Official! Man Being Pursued By Baby Squirrel Calls Police For Help: Link to Story