WHEN I ASK BERNIE SANDERS ABOUT THE SURGE OF TEACHERS’ STRIKES that swept the country earlier this year, he perks up, applauding the teachers’ display of working-class power. “The teachers may be the tip of the spear here,” he declares in his heavy Brooklyn accent.

In many ways, the strikes illustrate Sanders’ theory of political change. He has long insisted that the key to moving the country in a more progressive direction is to make ambitious demands and build movements capable of achieving them. Striking teachers in states from West Virginia to Arizona bucked the traditional tried-and-failed mechanisms for obtaining better pay and working conditions, and joined together by the tens of thousands to act. By withholding their labor, they won key demands.

An exclusive interview with Sen. Sanders on how labor can respond to Janus, the fight to move the Democratic Party left, the growing popularity of democratic socialism and more.

At a time of staggering income inequality and stagnant wages, with unions facing an all-out assault from the Right, the teachers’ strikes have served as a rare bright spot for labor, proving that workers can still take on conservative politicians and their corporate backers. Now, with the Supreme Court’s Janus decision poised to bruise public-sector unions, Sanders is attempting to help revive the U.S. labor movement.

Over the spring, Sanders trekked across the country to stand with low-wage workers at corporations such as Disney and Amazon, spotlighting their efforts to win better treatment on the job. In May, he introduced the Workplace Democracy Act, a sweeping bill that would prevent employers from using certain anti-union tactics, make it easier for workers to unionize, and undo so-called right-to-work laws that drain unions of resources. The bill has secured support from almost a third of Senate Democrats, including prospective 2020 presidential contenders Elizabeth Warren, Kamala Harris and Cory Booker.

In a sprawling interview with In These Times, Sanders discusses how unions can respond to Janus, the fight to move the Democratic Party left, the recent victories of democratic socialist candidates and why he believes the 2018 midterms are the most important of his lifetime. …

If Democrats Want To Win, They Need To Get Radical 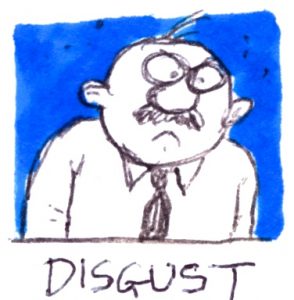 The problems that surround us are the result of an insufficiently aggressive Democratic Party conceding to right-wing radicalism.

As we face the near daily crises of 2018 ― worsening climate change, stagnating wages and rising autocracy, one of the rare points of agreement across the political spectrum is that Democrats should be less extreme. It’s unseemly to challenge Trump administration officials through acts of civil disobedience, we’re told. It’s ungracious to stall or stymie President Donald Trump’s Supreme Court nominee Brett Kavanaugh with parliamentary tricks. It’s unjust to consider the impeachment of a president who aligned himself with a hostile attacker over our own intelligence services.

But it is unacceptable to maintain the status quo.

We face extraordinary challenges. We have a health care system that requires the victims of mass shootings to crowdfund their recoveries, inflates the cost of lifesaving drugs at a whim and grotesquely penalizes chronically ill and disabled people. Our economy compensates workers with meager wages despite record corporate profits, demands debt to make basic investments in our education at every level and creates a cultural atmosphere that routinely criticizes us for the tiniest indulgences. A paramilitary operation that willfully perpetrates an inhumane and illegal family separation policy and is overseen by inveterate liars has free rein under the auspices of this administration.

It was not the moderation of the Democratic Party that salvaged the country from the Great Depression. It was not kindness that challenged fascism at home and abroad. It was not deference that ended de jure segregation and recognized black citizenship as American citizenship. It was radicalism.

These conditions call for dramatic solutions. Overhauling the layered complexities of our health care system or abolishing a federal agency may seem radical on its face, but that perception rests on divorcing the substance of the policies from the reasons they are necessary. Liberals do not seek to abolish Immigration and Customs Enforcement because they want to destroy agencies, but because they seek to end the harms perpetrated by this particular office.

Americans are not seeking to overthrow the world, but to build a system that values and invests in our success and has mercy for our failures. In search of this, we have marched and organized and engaged in civil disobedience and protest. We handed a three-million-vote margin to the most progressive platform in decades in the previous election.

Yet, despite the energy and enthusiasm for this vision of the country, elected Democrats have remained defensive. They chide their own constituencies for pursuing remedies to our suffering. Rather than celebrating and encouraging their base, the party seems alternately embarrassed and resentful to have it at the center of their coalition. Further, the Democratic leadership’s reluctance to appreciate and endorse the very core of its support and appeal has attracted attacks and made the party too weak to endure them.

This cowardice has enabled the Republican Party to set the agenda and define the parameters of discussion. …

Want To Learn More About The Socialist Traditions In American History & How Socialism Improved The Life Of Average America, Check Out…