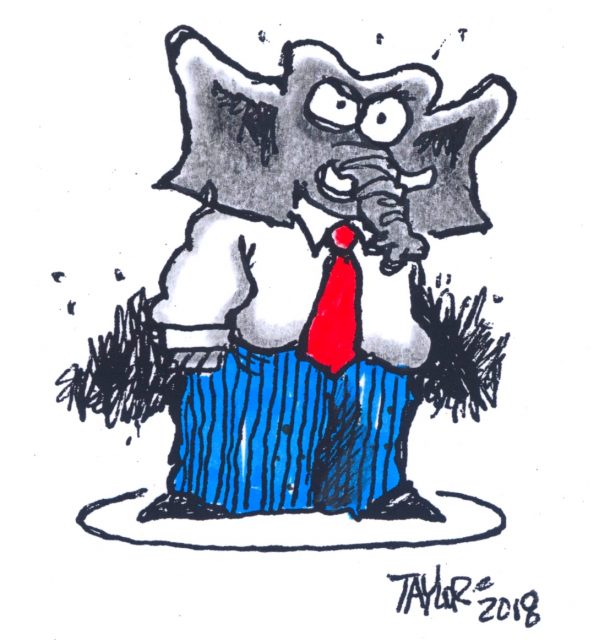 Donald Trump is not a normal president or, indeed, a normal person. But on Monday he did pick a normal conservative jurist to nominate to the Supreme Court, Brett Kavanaugh.

There’s something reassuring, perhaps, for liberals in this boring pick, even if they disagree with Kavanaugh’s positions. Perhaps a “normal” pick is a sign that American politics and government might be able to return to some semblance of functional democracy.

Indeed, the entire Kavanaugh cycle from working for Ken Starr to working on the Bush v Gore case to ensure that the popular vote loser would take office regardless to his ruling in favor of large-scale disenfranchisement in South Carolina is very normal.

Under this mindset, the problem is Trump. He is at the center of American norms slippage. If he changes America changes. But that effort to place Trump’s sheer aberrancy at the center of American public life — a trend I’ve dubbed normcore politics — suffers from critical weaknesses. The fact that Kavanaugh is normal underscores how real the risk is to democracy. It doesn’t mitigate it.

The attacks on norms that many fear will outlast Trump’s presidency started long before he took office. And Kavanaugh supports them. His positions pose an immediate threat to voting rights and democratic regulation of the economy. They validate the years-long sequence of norm-shredding maneuvers by Mitch McConnell and total abdication of congressional oversight responsibilities that have brought us to this point. Normal is bad as not normal, or even worse.

But if you insist on viewing all of politics primarily through the lens of normal vs. not normal, you willfully blind yourself to the real threat. …

(Commoner Call cartoon by Mark L. Taylor, 2018. Open source and free for non-derivative use with link to www.the commonercall.org )

President Trump has chosen Brett Kavanaugh, a conservative judge from the U.S. Court of Appeals for the D.C. Circuit — often thought of as the second-most-powerful court in the country — to replace Justice Anthony Kennedy on the Supreme Court.

Kavanaugh is a connected Washington insider with roots in politics in the George W. Bush White House. He has written almost 300 opinions for the D.C. Circuit in 12 years — and he is only 53, which means he could serve on the high court for a very long time.

Some conservatives, though, question his bona fides, and he is controversial with Democrats because of his role investigating President Bill Clinton as part of the Starr investigation in the 1990s. And he now believes that a sitting president should be protected from litigation and criminal investigations because they “are time-consuming and distracting.”

Notably, in an era of hotly partisan politics, Kavanaugh has said that it’s important not to be a partisan when one becomes a judge. “Check those political allegiances at the door when you become a judge,” Kavanaugh said in 2015 in a speech at Catholic University’s law school.

He also spoke at length about the necessity of humility. Part of being a good judge, he said, is, “Don’t be a jerk.”

Here’s what you need to know. …

Read the Rest and Two Videos

Protests have already begun against the nomination of Brett Kavanaugh, a pro-gun, anti-choice/health care extremist on record as believing the president is immune from criminal prosecution, thus proving the sick criteria for a SCOTUS choice evidently predicated on two words: abortion and indictment. We take inspiration from a 2013 One Billion Rising flash mob vowing to “break the chain” of sexual violence and, these days, its many accompanying ills, and from Indivisible: “The fight is on.”