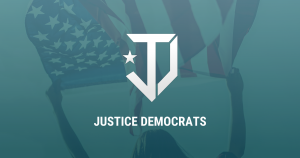 Even at first sight it is exhilarating. The overthrow of one of the most mainstream and senior Democrats in Congress by a 28-year-old Democratic socialist with a radical programme and one tenth of his funding is, you might think, interesting enough.

But since Alexandria Ocasio-Cortez beat Joe Crowley in the Democratic primary in New York’s 14th district (meaning she will almost certainly enter Congress in November), I’ve been interviewing some of the people who lit the fuse that caused this detonation. What has emerged is just how marginal and improbable their movement was when it began, and how quickly it is now gaining momentum. A revolution has begun in America, and it is time we understood what it means.

While the effort to find and run insurgent candidates arose from the Bernie Sanders campaign in 2016, the handful of young people who launched this movement struck out entirely on their own. They had no resources and no political standing. Neither Sanders nor any others in the old guard were prepared to support them or endorse the candidates they found.

They were mocked, ignored and dismissed as well-intentioned but hopeless idealists. One of them told me how he was literally patted on the head by an older Democrat.

In a way, this tiny group, Brand New Congress, which evolved into the Justice Democrats, marginalised itself. It wanted nothing to do with a traditional left it saw as being obsessed with positioning. It wanted to escape the shadow of people who seemed stuck in the 1980s, who didn’t take environmental issues seriously or understand the need to challenge structural racism and gender inequality, or to reach millennials trapped in terrible housing and miserable non-jobs. They were mocked, ignored and dismissed as well-intentioned but hopeless idealists. One of them told me how he was literally patted on the head by an older Democrat.

At first, it was chaotic. Most of the volunteers they recruited had little or no experience. Some turned out to be wonderful, others less so. Their original aim was to find 400 candidates to challenge both Democratic and Republican incumbents. They sought bartenders, factory workers, small-business people, community organisers, teachers, nurses – ideally people who had never held public office before. While Democratic candidates are usually chosen on the grounds of how much money they can raise, the Justice Democrats looked for people who could not be seduced by big funders. They reasoned that if the people they met had served their communities instead of themselves, they were unlikely to sell out once they were elected.

They found plenty of brilliant potential recruits, but without mainstream support they didn’t have the credibility required to convince hundreds of people to give up their lives for an improbable cause. They managed to persuade a few dozen, however, and among them was Ocasio-Cortez. …

Learn More About The ‘Justice Democrats’

Why “Democrats”? Why not just start a new party?

The two-party paradigm is the model for our country’s current political system. While we agree with and often champion many third-party candidates and movements, the reality is that right now it is next to impossible for a third-party candidate to win a national election.

We want our democracy to work for Americans again as soon as possible. The best way to do this is by working to change the Democratic party from the inside out. Once Justice Democrats take power, we plan to implement electoral reform like ranked choice voting so third parties can have more power in our democracy.

How are you different from these other Democratic groups such as Brand New Congress and Our Revolution?

We are thrilled that so many new organizations have come forward to enact change. Some groups, such as Our Revolution are focusing on local and state elections. Brand New Congress has many of the same principles as us, but are attempting to recruit Congressional candidates to run as Republicans in red districts. Justice Democrats is recruiting and running Democrats all over the country (starting with Congress) and our belief is that strong Democrats with a real message have the best shot of winning anywhere — even red districts.

“The ultimate goal is to take over Congress. The first thing the Democrats will do is beseech us to not primary people. They’ll offer some concessions, and our answer will still range from ‘no’ to ‘hell no.'”