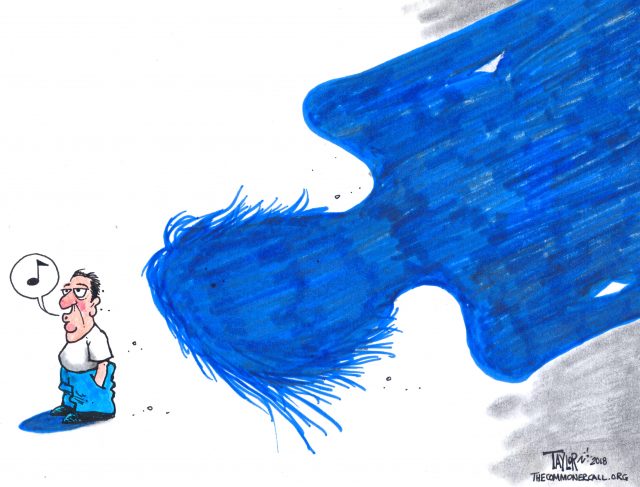 Babies in cages were no ‘mistake’ by Trump but simple test-marketing for barbarism.

To grasp what is going on in the world right now, we need to reflect on two things. One is that we are in a phase of trial runs. The other is that what is being trialled is fascism – a word that should be used carefully but not shirked when it is so clearly on the horizon. Forget “post-fascist” – what we are living with is pre-fascism.

It is easy to dismiss Donald Trump as an ignoramus, not least because he is. But he has an acute understanding of one thing: test marketing. He created himself in the gossip pages of the New York tabloids, where celebrity is manufactured by planting outrageous stories that you can later confirm or deny depending on how they go down. And he recreated himself in reality TV where the storylines can be adjusted according to the ratings. Put something out there, pull it back, adjust, go again.

People have to be given the taste for savagery. Fascism does this by building up the sense of threat from a despised out-group

Fascism doesn’t arise suddenly in an existing democracy. It is not easy to get people to give up their ideas of freedom and civility. You have to do trial runs that, if they are done well, serve two purposes. They get people used to something they may initially recoil from; and they allow you to refine and calibrate. This is what is happening now and we would be fools not to see it.

One of the basic tools of fascism is the rigging of elections – we’ve seen that trialled in the election of Trump, in the Brexit referendum and (less successfully) in the French presidential elections. Another is the generation of tribal identities, the division of society into mutually exclusive polarities. Fascism does not need a majority – it typically comes to power with about 40 per cent support and then uses control and intimidation to consolidate that power. So it doesn’t matter if most people hate you, as long as your 40 per cent is fanatically committed. That’s been tested out too. And fascism of course needs a propaganda machine so effective that it creates for its followers a universe of “alternative facts” impervious to unwanted realities. Again, the testing for this is very far advanced.

But when you’ve done all this, there is a crucial next step, usually the trickiest of all. You have to undermine moral boundaries, inure people to the acceptance of acts of extreme cruelty. Like hounds, people have to be blooded. They have to be given the taste for savagery. Fascism does this by building up the sense of threat from a despised out-group. This allows the members of that group to be dehumanised. Once that has been achieved, you can gradually up the ante, working through the stages from breaking windows to extermination. … 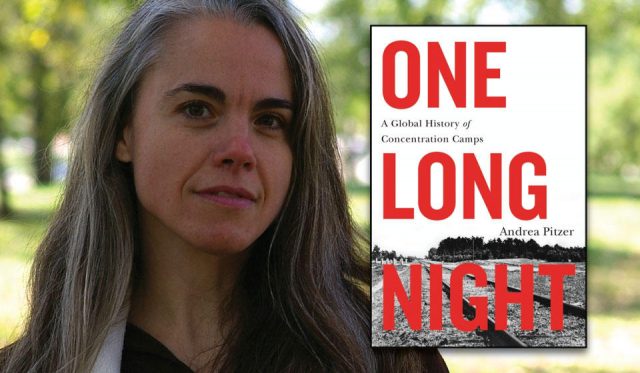 “While writing a book on camp history, I defined concentration camps as the mass detention of civilians without trial, usually on the basis of race, religion, national origin, citizenship, or political party, rather than anything a given individual has done. By this definition, the new child camp established in Tornillo, Texas, is a concentration camp.”

— Andrea Pitzer, the author of “One Long Night: A Global History of Concentration Camps.”

Has the Trump administration set up concentration camps in Texas for migrants? The answer is yes, according to at least one expert: Andrea Pitzer, the author of “One Long Night: A Global History of Concentration Camps.” In one of her latest articles, Pitzer writes, “While writing a book on camp history, I defined concentration camps as the mass detention of civilians without trial, usually on the basis of race, religion, national origin, citizenship, or political party, rather than anything a given individual has done. By this definition, the new child camp established in Tornillo, Texas, is a concentration camp.” We speak with Andrea Pitzer in Washington, D.C.

When there is no low beneath which a president and his administration will not sink, and no rule or norm which he, his allies and his supporters will not break, almost anything is possible. This atmosphere of chaos and unpredictability is one of Donald Trump’s great political advantages.

Last week, reporters and those others who monitor hate groups and extremist movements called attention to a little noticed press release issued in February by the Department of Homeland Security. Its title was unremarkable, at least by the standards of Trump administration propaganda: “We Must Secure the Border and Build the Wall to Make America Safe Again.”

Two things about that title have now attracted notice. It consists of 14 words, and its phrasing is strikingly similar to the 14 words of the neo-Nazi movement’s semi-official slogan: “We must secure the existence of our people and a future for white children.”Just a coincidence? Probably. But the DHS release also contained another odd passage where, instead of using percentages or presenting statistics as a proportion of 10 or 100, as is routine, specific numbers were used: “On average, out of 88 [asylum] claims that pass the credible fear screening, fewer than 13 will ultimately result in a grant of asylum.”The number 88 has a special significance to neo-Nazis and other white supremacists, as does the number 14. …Read the Rest