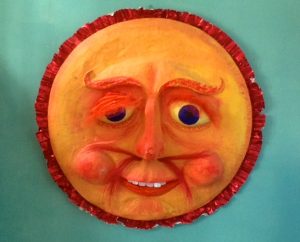 Can technology be the answer to saving our Eco system?

Having grown up in the “plastics” age as showcased in the 1967 classic “The Graduate”, many of us were conditioned to think that technology would solve humanity’s problems. Clearly the green revolution fed a bunch of people, but that has also proven to be unsustainable as the technology to mass produce food has required multiple forms of fossil fuels and chemicals with their accompanying “side effects” of runaway pollution, genetic adaptation of weeds requiring stronger chemicals, and climate changes brought upon us by our “advanced” methods of production and transportation.

How about switching to electric power to get off the fossil fuels?

Like all emerging technologies, alternative electric offers tremendous advantages if applied properly. The visionary entrepreneur, Elon Musk, has been breaking new ground on multiple fronts to accomplish what government — hamstrung by special interest lobbying — has failed to do.

But at what cost?

The Tesla auto plants have had serious safety and speed-up issues, in this non-union “Brave New World”, bait-n-switch “associates-instead-of-employees” economic model. Ramped up attempts to raise production from 50,000 cars to 250,000 cars per year with the same workforce have had serious birthing problems and worker unrest has grown.

Now we see the result of building the world’s largest building in the desert of Nevada.

“One complaint is that tax credits given to Tesla – and to a lesser extent other tech companies – deplete public services, resulting in potholed roads, overcrowded schools and insufficient affordable housing.

“The other is that the tech worker influx has sent rents rocketing, tipping residents on fixed incomes, especially seniors, into penury.”

The influx of workers has ruined the economy for the locals and the massive tax breaks to lure Musk’s promise mean no infrastructure improvements or repair for local governments. Of course the heavy metals are mined in foreign countries with marginal human rights standards and certainly no union wage, much less benefit system.

So we need a new economy/energy model; but leaving it to entrepreneurs who themselves are disdainful of workers reminds me of the chickens working hard for Colonel Sanders.

Technology is only as good as how we use it, and whether we include the external costs and side effects when we decide if it is appropriate. Yes, I’d like an electric compact pickup truck. No, I don’t want it at the expense of working people or the environment.

We are far, far past early tipping points in climate change and a few thousand years may be needed to get back to the life-sustaining not-too-hot and not-too-cold”Goldilocks climate” humanity developed in. Switching to green technologies can help soften the blows we are beginning to receive but a rise in consciousness in our species seems like a first priority; using old thinking with new gadgets is not enough.