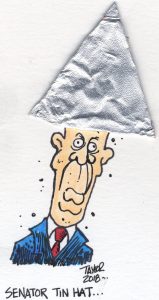 During an interview on CNN’s State of the Union, host Jake Tapper pointed out to Johnson that experts have said that Obama’s deferred action program for undocumented immigrants is not responsible for a rise in immigration. Instead, Tapper pointed to a rise in violence in Central America.