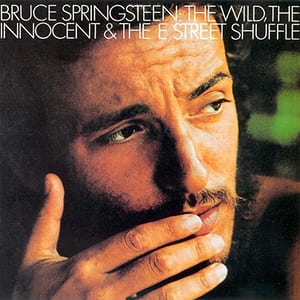 American rock musician and working class bard Bruce Springsteen has been playing to sold-out crowds on Broadway for the past eight months. Given the brutal ICE and Border Patrol child kidnapping program along the southwest border, Springsteen went off script last Tuesday to send out a message to America. The singer suggests ‘senior’ government figures blasphemed by suggesting they had some kind of moral — even Biblical — duty to break up families:

“I never believed that people come to my shows, or rock shows to be told anything.

That weekend of the March for our Lives, we saw those young people in Washington, and citizens all around the world, remind us of what faith in America and real faith in American democracy looks and feels like. It was just encouraging to see all those people out on the street and all that righteous passion in the service of something good. And to see that passion was alive and well and still there at the center of the beating heart of our country.

It was a good day, and a necessary day because we are seeing things right now on our American borders that are so shockingly and disgracefully inhumane and un-American that it is simply enraging. And we have heard people in high position in the American government blaspheme in the name of God and country that it is a moral thing to assault the children amongst us. May God save our souls.

There’s the beautiful quote by Dr. King that says the arc of the moral universe is long but it bends toward justice. Now, there have been many, many days of recent when you could certainly have an argument over that. But I’ve lived long enough to see that in action and to put some faith in it. But I’ve also lived long enough to know that arc doesn’t bend on its own. It needs all of us leaning on it, nudging it in the right direction day after day. You gotta keep, keep leaning.

I think it’s important to believe in those words, and to carry yourself, and to act accordingly. It’s the only way that we keep faith and keep our sanity.

I’ve played this show 146 nights with basically the same setlist, but tonight calls for something different.”

He then went on to perform his 1995 single “The Ghost of Tom Joad,” a protest song inspired by the protagonist in the book “The Grapes of Wrath” by John Steinbeck. But instead of drawing from images of 1930’s Dust Bowl America, Springsteen draws on the disturbingly broad range of images of mondern day American poverty, hunger and homelessness.

Tuesday afternoon Jason Rittereiser announced that his law firm, HKM Employment Attorneys, is offering pro-bono legal advice to “federal and state employees who refuse to enforce Trump’s policy of separating children from their parents,” according to a press release.

Federal employees who don’t want to separate an asylum-seeking mother from her child, tell kids in cages that they can’t hug each other, or otherwise do anything else they reasonably believe isn’t legal can contact the firm.

HKM operates out of 8 different states, including Washington, but firm partner Dan Kalish says their lawyers can represent federal employees anywhere in the United States. “We don’t have to be licensed in Texas to represented a federal employee in Texas.” …
Read the Rest