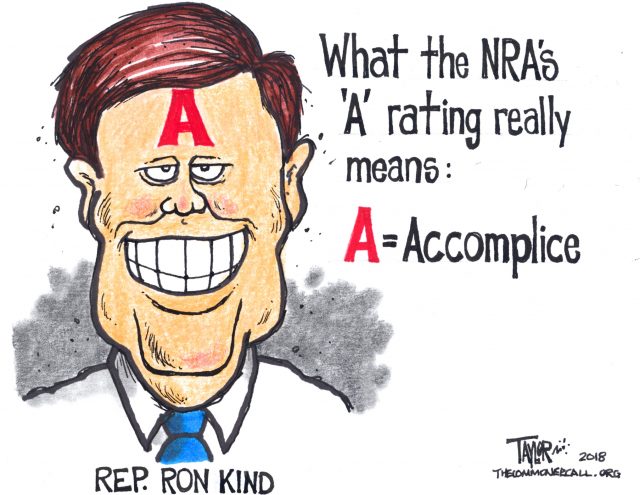 Over the weekend, reporters noticed an odd thing about the National Rifle Association’s website: The NRA “ratings” for lawmakers, giving them letter grades for their willingness to block new gun restrictions and weaken existing ones, had vanished without explanation.

Was it a glitch, or something else? The nation’s largest domestic terrorism lobby is clamming up about the change, but the Washington Post’s Phillip Bump was able to pry the barest hint of information from an unnamed NRA staffer when he called for an explanation.

“I think our enemies were using that,” he said. He did not give his name. 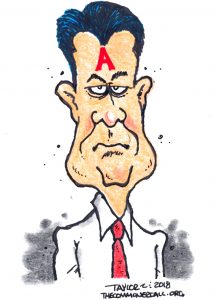 Bump’s queries to the NRA spokeswoman who ought to be answering the question, however, were more comical: First Jennifer Baker insisted no change had been made, then that the ratings were “not relevant” after the elections anyway, and then simply stopped responding. What courage—truly, an inspiration to us all. 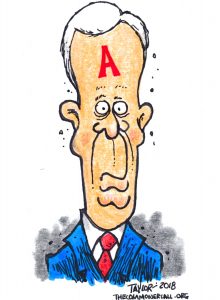 So what’s the deal? We still don’t know for sure, but from the NRA’s response (and lack of it) we can gather that yup, the NRA’s ratings of lawmakers were pulled for a reason. And the only reason for pulling them would be if the National Rifle Association had come to the conclusion that, post-Parkland, post-Vegas and post-Santa Fe, listing which candidates were the most pro-gun was doing those lawmaker friends more harm than good.

That’s a big deal, because it signals the public tide is shifting strongly against the pointy-shooty murder club. …