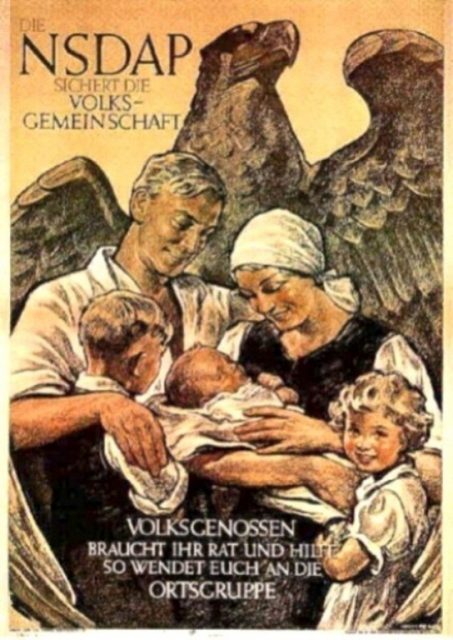 I’ve been thinking a lot about Naomi Shulman’s quote, “Nice people made the best Nazis.”  The people who just wanted to get along, who looked the other way and ignored politics, “[t]hey were lovely people who turned their heads as their neighbors were dragged away.”

And I’ve realized, sadly, reluctantly, that I’ve filled my life with people who would be great Nazis. The people that I love would have been great Nazis. And in this time of Trump, in this ugly period of American history, it makes me profoundly sad to realize that if given a chance to be good Nazis, they probably would be among the best. 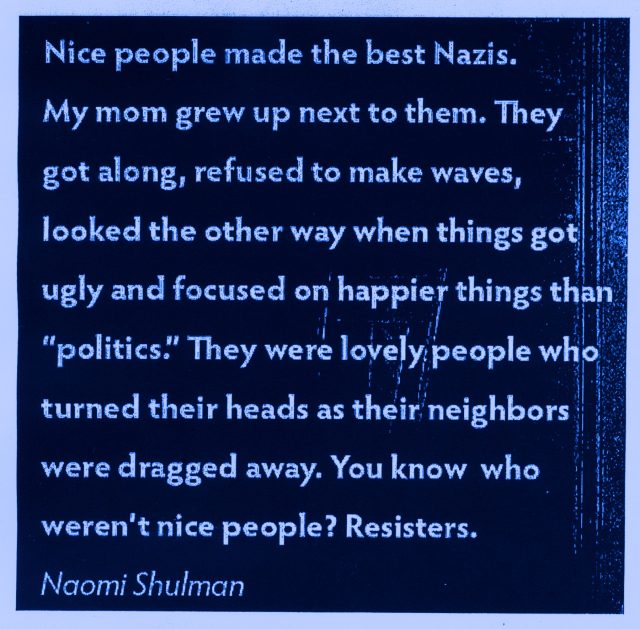 It’s not the same explanation for everyone. One fits this description perfectly. She is, at her core, a nice, good person, who tries to ignore division, hoping that if enough people join her, the division will disappear. For the others, there are different reasons. Some are just naturally drawn to leaders who project strength. And for all of the weakness I see, they see the bluster that conservative media shows them. They want to believe that our President is strong, and so they do.

Others, too many others, don’t have the time or will to look past the lies they hear from the news sources they choose. They believe that our Nation is under assault from marauding brown people, who are determined to change the fundamental nature of our country. They believe immigration and other GOP policies focused on people of color are the most important issues of our day. Because that’s what they’ve been told to believe, and for their own reasons, they don’t look past the headline to learn if the things they’re being told are true.

Each of them, in their own way, already has “othered” the people being harmed by this Administration. They shrugged when Trump pardoned Joe Arpaio, despite the atrocities committed in his name, and at his instruction, in his self-described “concentration camps.” I tried to tell them, but they didn’t want to hear it. Those “illegals” shouldn’t have come to the country, they told themselves.

They already have found a reason to justify, in their mind, the treatment of “illegals” who are being subjected to inhumane policies at the hands of our government. If they don’t want to lose their kids, they shouldn’t come to our country, they think. They ignore the trauma of separation, the lasting damage it will do to children being torn from their parents’ arms and housed, sometimes in cages, wherever our government can find space for them.

They dismiss the evidence that our justice system treats African Americans differently – the videos showing the killing of unarmed black men and women – with one excuse or another. They refuse to believe that the increasing mistreatment of Muslims, Mexicans and too many others is widespread, or that it is being inflamed by the rhetoric and scapegoating of our President and his Administration. …