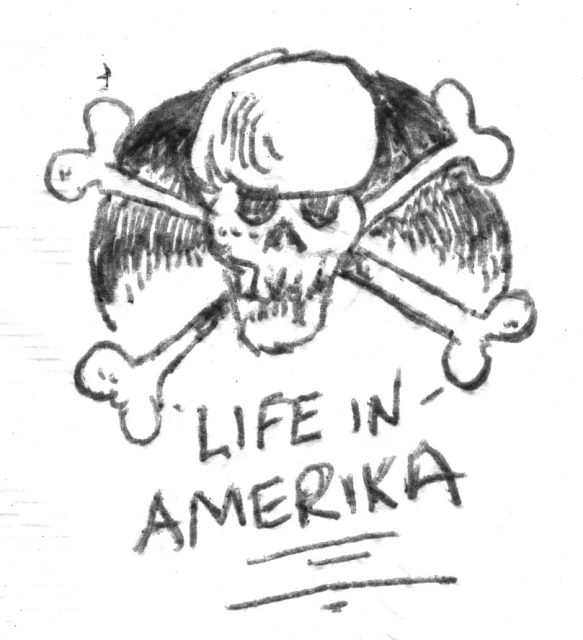 After the international humanitarian organization Doctors Without Borders/Médecins Sans Frontières on Monday announced that a newly constructed cholera treatment center in Yemen was bombed on Monday, Sen. Chris Murphy (D-Conn.)—who has led the fight in the U.S. Senate to end the U.S. military’s key role in assisting Saudi Arabia’s assault on its war-torn and poverty-stricken neighbor—lashed out in disgust and anger on social media.

The Yemen War is spiraling out of control. The Saudi/UAE/U.S. coalition bombed a Doctors Without Borders cholera treatment facility earlier today.

Let me repeat that – the U.S helped bomb A DOCTORS WITHOUT BORDERS CHOLERA TREATMENT FACILITY.

According to MSF, the clinic in the city of Abs was empty at the time and no patients or medical personnel were injured or killed in the attack, but the building—which the group says was clearly marked on its roof as a healthcare facility—is now completely non-functional and operations have now been suspended in the area.

“This morning’s attack on an MSF cholera treatment center (CTC) by the Saudi and Emirati-led coalition (SELC) shows complete disrespect for medical facilities and patients,” declared João Martins, MSF’s head of mission in Yemen.  “Whether intentional or a result of negligence, it is totally unacceptable. The compound was clearly marked as a health facility and its coordinates were shared with the SELC. With only half of health facilities in Yemen fully functional, nearly 10 million people in acute need, and an anticipated outbreak of cholera, the CTC had been built to save lives. MSF has temporarily frozen its activities in Abs until the safety of its staff and patients is guaranteed.”

In Yemen, a coalition led by Saudi Arabia and the United Arab Emirates has launched an all-out offensive against the key port city of Hodeidah. The offensive is expected to be the biggest battle in the ongoing 3-year war between the U.S.-backed, Saudi-led coalition and Houthi rebels. The war has already killed 15,000 civilians, sparked the world’s worst cholera epidemic and pushed the country to the brink of famine. Humanitarian organizations have warned the offensive could be a catastrophe for a quarter of a million civilians living in the port city, and for the rest of the Yemen, which is highly dependent on aid that travels through this port. For more, we speak with Congressmember Ro Khanna in Washington, D.C. He recently co-authored a bipartisan letter calling for Defense Secretary James Mattis to help prevent an attack on Hodeidah.

Amid Warnings Saudi Attack Will Plunge Yemen Into Famine, Urgent Demand For US To End ‘Complicity in This Atrocity’

Peace advocates and international observers are warning that a looming U.S.-backed assault on the Yemeni port city of Hudaydah could throw the war-torn country into the famine that human rights groups have warned about for months—and implored members of Congress on Tuesday to take immediate action to end the Saudi-led coalition’s offensive.

“A prolonged battle over Hudaydah—whether the city or the port—will be the tipping point that plunges the millions of people suffering in Yemen into a full blown famine and an even greater humanitarian crisis,” said Kate Kizer, policy director for Win Without War.

“Seven million people are completely reliant every month on food and other assistance from humanitarian organizations so Hudaydah is absolutely central to the preserving of life and if for any period, Hudaydah were not to operate effectively, the consequences in humanitarian terms would be catastrophic,” warned U.N. Humanitarian Chief Mark Lowcock on Monday.

The U.N. has warned about mass starvation for several months, saying the country could face “the largest famine the world has seen for many decades with millions of victims.”

Hudaydah is home to 600,000 people and the point of entry for humanitarian aid and 70 percent of Yemen’s food and fuel—all in extremely short supply since the country erupted in civil war in 2015, worsened by the Saudi-led coalition’s military intervention, with weapons and other support from the U.S., the U.K., and France.

The United Arab Emirates (UAE) and Saudis’ planned attack on Hudaydah would bring more chaos to the impoverished country, which has spiraled into cholera and diphtheria outbreaks as well as a near-famine since the war began.

More than 10,000 have been killed in the violence, while three million have displaced. The U.N. has warned about mass starvation for several months, saying the country could face “the largest famine the world has seen for many decades with millions of victims.” Some lawmakers, including Sen. Chris Murphy (D-Conn.), have been outspoken in their opposition to the carnage in Yemen in recent moths, and Win Without War urged lawmakers on Tuesday to take strong action against U.S. involvement in the destruction.

“For years we have watched American politicians proclaim their concern over the immense human suffering caused by the Saudi-led military intervention in Yemen, and now is the chance to turn that concern into action,” said Kizer.

“In light of your April 2017 remarks that the war must be resolved ‘politically as soon as possible,’ we urge you to use all tools at your disposal to dissuade the Saudi-led coalition from moving forward with this offensive and reject the provision of U.S. logistical, military and diplomatic support for any such operation,” wrote a bipartisan group of lawmakers in a letter on Monday.

Mattis’s fellow Trump cabinet member, Secretary of State Mike Pompeo, showed no interest in stopping the UAE’s impending attack on Hudaydah in a statement on Monday, saying the U.S. aimed to address the UAE’s “security concerns” while allowing humanitarian aid and imports to flow freely into Yemen. The statement was read by critics as an implicit green light for the assault.

Rep. Barbara Lee (D-Calif.) called on the U.S. to end its involvement in the ongoing violence in Yemen, in a clear-eyed statement that Win Without War said has been sorely lacking from many members of Congress as Yemen has been plunged deeper into its humanitarian crisis.

“Today, we call on each and every member of Congress to demand the planned Hudaydah offensive be halted and that all parties immediately and without precondition resume negotiations over a political settlement,” said Kizer. “If the UAE and Saudi Arabia move forward with an offensive on Hudaydah, we call on Congress to immediately end all military support to the coalition’s intervention in Yemen.”