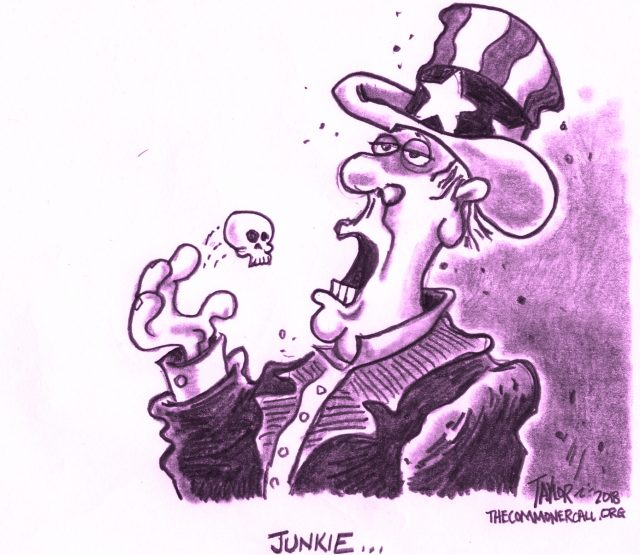 Inflict enough institutionalized pain and degradation on society and the escape provided by drugs has a certain short-term logic.

The linked National Public Radio report below on the entrenched and growing plague of opioid and methamphetamine addiction in Vinton County, Ohio is a perfect example of the fundamental and stubborn resistance of the nation to truly consider what the deepening national tragedy of dangerous substance abuse is really about.

As a mental health and substance abuse counselor for 24 years one thing I know is that the drug is never the problem. Back in the day, Nancy Reagan advised the nation’s youth to “Just Say No” to drugs. That in combination with the increasingly militarized “War on Drugs” has been a complete and abject failure and contributed to the needless addiction and death of millions of Americans. More Americans are addicted to purer forms of cheaper drugs and dying at higher rates that at any time in the past.

Instead of focusing solely on the drug we need to better understand the nature of addiction. While the drug is a problem that leads to many other problems, it is not the problem. The difference between those two concepts is critical if we really want to address the addiction crisis.

The truth about drugs is that they work … in the short term. If they didn’t no one would use them in the first place. If someone is depressed, anxious, overwhelmed with not being able to support their families on a low paid job or dealing with chronic pain from that job the temporary relief of a joint or line or hit of a powerful drug is real.

America’s drug problem is not a problem of drugs. It is tragic problem of a broken political system fatally warped by a perverted and dying economic system.

If a person experienced trauma or sexual abuse as a child the temporary euphoric oblivion of a substance for even a few minutes is some taste of relief. And, of course, no drug can heal the underlying wounds feeding the drug hunger.

Overdose is one of the three major contributors to the drop in life expectancy in the United States. The other two are alcoholism and suicide — often referred to by public health experts as “diseases of despair.”

While congress was happy to recently shovel over $1 trillion in tax cuts and giveaways to America”s wealthiest sliver of the population and pass along even more tax evasion goodies to corporations that were already shirking their fair share of responsibility to supporting the nation they bleed dry, Republicans talk of cuts to food programs and both Social Security and Medicare funds are strained. Meanwhile 42 million Americans experience “food insecurity”. 1 in 6 American children live with food insecurity. The long-term implications of such deprivation to the future of the nation are sobering to consider.

It makes sense: Inflict enough institutionalized pain and degradation on society and the escape provided by drugs has a certain short-term logic.

While tossing even more drug users into jails and prisons fattens the bottom lines of the private for-profit prison industry (a perverse and unholy business model if there ever was one) that incarceration will do absolutely nothing to stem the rising tidal wave of addiction and death. A local residential addiction treatment center I am aware of has 8 beds available. Most weeks there are only 2-4 beds filled. Some weeks none. Zero, at the very moment more and more of our friends, neighbors, fellow citizens and family members die. Why the empty beds? No money for treatment.

No medication available for the problem

The NPR story talks of how Vinton County opiate addicts are getting monthly treatment of Vivitrol or Suboxone, newer drugs that, like methadone, block opiate receptors in the brain and can help reduce cravings for opioids. However these folks are cross-addicting — switching over to methamphetamines which leads to crippling illness. While a new medication may be able to block craving for one class of drugs they do nothing ot block the very real pain of an increasingly harsh and unjust economic system. Just as drugs aren’t the problem, treatment drugs without extensive treatment and support are not the answer.

We have to come to grips with the fact that our drug crisis is really a crisis of a broken economy of unequal opportunity. Our deadly drug scourge is a result of underfunded public schools and pubic resources. Drugs are the dirty return on a short-sighted unwillingness to invest in people and the future in favor of tax breaks for a tiny undeserving fragment of the uber wealthy and politically powerful.

And rest assured: addiction — even heroin addiction — is not limited to “those people”. In my years of addiction counseling I have found addiction — and yes, even opiate and meth addiction — knows no class bounds. I have had clients of all economic, social and educational backgrounds; all races. Should you have a loved one addicted and they can’t get treatment I guess you can find some measure of comfort in knowing the wealthy are enjoying Trumpublican tax cuts while your family goes without help. If you think the ignoring of the corporate and government enabling of the opioid crisis can’t possibly touch “your” people, that is the first deadly denial.

America’s drug problem is not a problem of drugs. It is tragic problem of a broken political system fatally warped by a perverted and dying economic system.

In Rural Ohio, An Opioid Crisis Becomes A Meth Crisis

Vinton County, Ohio was hit hard by the opioid epidemic. But now, as opioids are becoming harder to obtain, more and more users are turning to cheap methamphetamine. 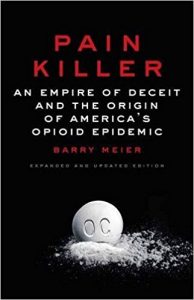