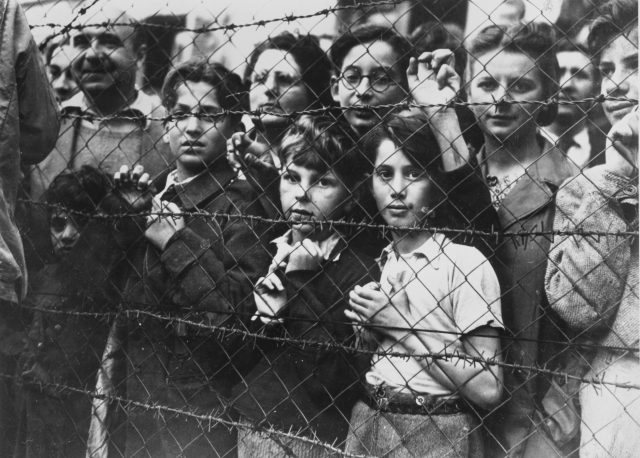 Recent stories about the forced separation of migrant children from their parents and systematic abuse at the paws of the US Border Patrol have been alarming. This practice and abuse began with the Obama administration and is now ramped up by Trump. Such state-sponsored terror tactics are common in authoritarian regimes. Under the Pinochet regime in Chile the children of murdered activists and labor organizers were handed over to the families of police and government officials to be raised as their own.

The same thing — and much worse — happened on a massive scale to Jewish children during WW II.

Of course the United States did a similar thing to Native American families with government and religious schools designed to break children from their cultural and community roots. Indeed, Adolf Hitler was a great fan of the American reservation system, looking to it as a model for the concentration camp system established by the Nazis to control Jewish and other minorities, political dissidents, opposition leaders and other “unwanted” minorities.

The 2015 BBC special linked below really does a beautiful job of documenting the brutal reality of tearing families apart. Decades on the BBC tracks down some of the orphaned children from the Nazi camps to see how their lives went. As is shown, the pain extends beyond a lifetime and spreads beyond the immediate family.

Today’s separation of immigrant families has been done on a bipartisan basis — though accelerated under Trump — with immigrant children being taken from their parents and it is all being done in our name and on our dime. While under the “supervision” of the government many have been brutalized and abused. We all need to speak up. Resist…

Link to Story and 55-Minute Audio