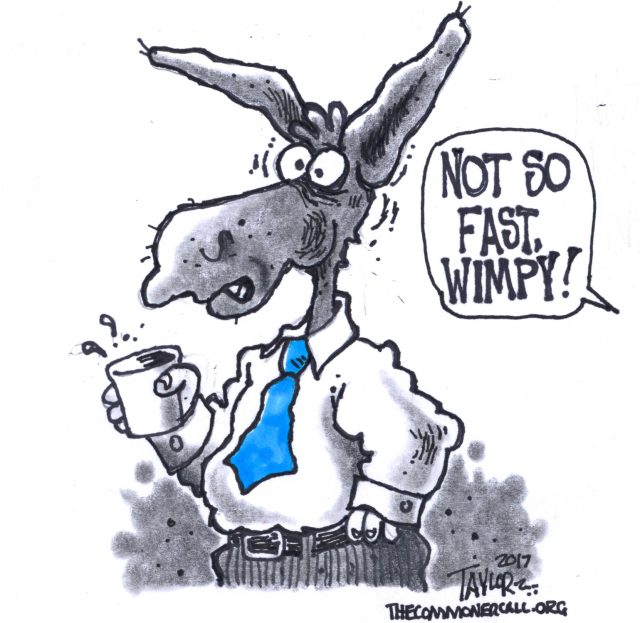 Amid congressional primary races and ahead of the November 6 election, new survey results indicate that a large majority of Democratic voters believe that promoting a “progressive agenda” should be the top priority of any Democrat running for Congress.

A CBS News/YouGov poll (pdf) asked Democrats, Independents, and those who lean toward voting for Democrats to choose between two options for what Democratic candidates’ “first priority” should be. A full 72 percent said they want to see party candidates prioritize a progressive political agenda. The remaining 28 percent opted for merely opposing President Donald Trump’s agenda.

Strong support for a progressive agenda was also reflected in responses to a question asked of everyone surveyed—including Republicans and Republican-leaning voters—that aimed to gauge the potential impact of endorsements: The largest amount of respondents, 29 percent, said they would be “more likely” to vote for a candidate endorsed by Sen. Bernie Sanders (I-Vt.), more than double that of House Minority Leader Nancy Pelosi.

Democratic voters want to see more than just opposition to the president; they want candidates for Congress who actually advocate for progressive policies.

Although 29 percent also said they would be more likely to vote for someone backed by Trump, the president and Pelosi tied at 44 percent of respondents who said an endorsement would make them “less likely” to support a candidate. Asked about their views of Trump, the largest portion—41 percent—said, “I am against Trump, period.”

However, as the results indicate, Democratic voters want to see more than just opposition to the president; they want candidates for Congress who actually advocate for progressive policies. That momentum to propel progressives into political office has been seen in primary races throughout the nation—even as the Democratic Party establishment plots against them.

Results at the polls

Just last week alone, as In These Times reported, “at least eight candidates running on explicitly progressive platforms won out, including open socialists and political newcomers who took out longtime incumbents.” Earlier this year, Marie Newman nearly ousted Rep. Bill Lipinski (Ill.), a Blue Dog Democrat who has come under fire for his record on reproductive and LGBTQ rights, healthcare, and immigration.

The rising support for progressive policies is even present in state and local races. Staunchly positioning herself as a progressive, education activist and actress Cynthia Nixon has mounted a fierce challenge from the left to New York’s Democratic governor, Andrew Cuomo.

“The 2018 midterm elections will be long remembered as a pivotal moment in American history because, if we are successful, we can put an end to the disastrous Trump agenda,” Sanders said in March. “But we cannot defeat Trump and the Republican Party with the same playbook, or by supporting the same kind of candidates long favored by the political establishment and financial elite.”

The only way to win back the states that swung toward Trump, and push the Democratic Party away from centrist policies, Sanders concluded, “is by supporting progressive candidates who have the guts to defend working-class families—white, black, Latino, Asian American, Native American—and take on the power and greed of the billionaire class.”

(This work is licensed under a Creative Commons Attribution-Share Alike 3.0 License.)
Link to Story
(Commoner Call cartoon by Mark L. Taylor, 2018. Open source and free for non-derivative use with link to www.thecommonercall.org )