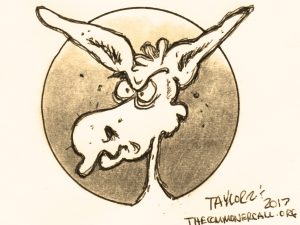 If members of the Democratic Party establishment weren’t already worried, after Tuesday night, they should be. In primaries across the country, at least eight candidates running on explicitly progressive platforms won out, including open socialists and political newcomers who took out longtime incumbents.

These victories are proof that the recent successes of left challengers are no fluke. Rather, the wins show that voters who are tired of the type of milquetoast, means-tested policies pushed by centrist Democrats are willing to embrace candidates running on bold, redistributive policies. And far from being too far left to win, these candidates have the political winds at their backs.

In the Pittsburgh area, two members of the Democratic Socialists of America (DSA), Summer Lee and Sara Innamorato, won hotly contested races for the Pennsylvania statehouse. Lee and Innamorato, running in Districts 34 and 21, both won out against incumbent Democrats—Reps. Paul Costa and Dom Costa. (Full disclosure: The author is a DSA member but did not work on any of these campaigns.)

The Costas are cousins and members of a powerful political family in the region, and have been representing their districts for many election cycles. Their defeat reveals profound changes in the political landscape over recent years, as well as the growing power of the movement to elect challengers like Lee and Innamorato.

That movement was powered in large part of by the DSA, which endorsed both Lee and Innamorato—each first-time candidates—and helped organize large-scale volunteer efforts to support their campaigns.

Lee, running against Paul Costa, centered her campaign around policies that would protect low-income residents in her district, many of them people of color. In addition to supporting universal healthcare, free public education, and a $15 minimum wage, Lee also put her weight behind revitalizing blighted neighborhoods, stemming the tide of mass incarceration and protecting long-term residents from being pushed out by the forces of gentrification—forces she claims Costa helped to propel.

“If your politicians are not serving you, get rid of them.”

At her victory party on Tuesday night, Lee eagerly summed up the spirit of political transformation that fueled her campaign: “If your politicians are not serving you, get rid of them.” As she faces no Republican opponent in the fall, Lee is poised to become the first African-American woman to represent Western Pennsylvania at the state level.

Innamorato was similarly buoyant following her win, telling supporters: “We accomplished the impossible.”

Her opponent Dom Costa was widely considered one of the most conservative Democrats in the state legislature, and even asked Republican voters in the district to write in his name on their ballots.

Where Costa had previously backed restrictive bills around immigration and reproductive rights, Innamorato voiced support for a swath of progressive policies around these and other issues critical to Pittsburgh area voters. She also faces no GOP opponent, and is assured victory in November. Both Lee and Innamorato trounced their opponents, winning with over 60 percent of the vote.

In a statement, Pittsburgh DSA co-chair Adam Shuck writes that “These wins indicate that a renewed, vibrant left in America is not an aberration, but instead that working people are ready for real change, progressive policies and a society that works for all of us, not a select few.” …