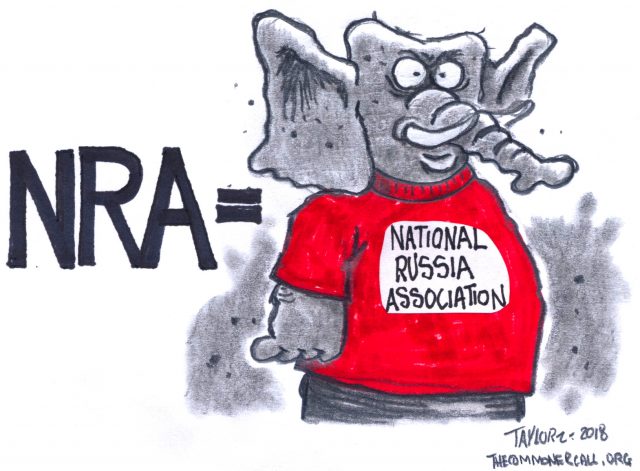 In late 2016, the US Army released a report noting that the Russian military, through experience gained during fighting in Ukraine, was undergoing a transformation and becoming a more potent battlefield threat to American forces. One troublesome development identified by the report’s authors was the increased proficiency of Russian snipers. “The capabilities of a sniper in a Russian contingent is far more advanced than the precision shooters U.S. formations have encountered over the last 15 years,” the study noted. One reason for this was the Russian military’s recent adoption of the ORSIS T-5000, a relatively new Russian-made firearm that the report called “one of the most capable bolt action sniper rifles in the world.” As one military technology expert noted, after reviewing this report, the US Army faced “being outgunned” by foes armed with the T-5000—which can be accurate at a distance of 2,000 yards—and these Russian rifles were showing up in Iraq and Ukraine. That is, this weapon posed a threat to US troops and those of its allies. Yet the National Rifle Association—which boasts it is identified with American patriotism—has helped promote Moscow-based ORSIS and its sniper rifle.

Patriotism? Um, not so much. For the group, guns do seem to transcend all, including national security.

In December 2015, as has been previously reported, the NRA sent a high-level delegation to Russia. The group included Peter Brownell, then the first vice president of the NRA; David Keene, a past president; Joe Gregory, a top NRA donor; and David Clarke, then the sheriff of Milwaukee County, who would become a top surrogate for Donald Trump. (Brownell became president of the NRA last year.) The trip was at least partially subsidized by a curious Russian gun rights organization called the Right to Bear Arms that has been associated with two Russians, Maria Butina and Alexander Torshin, who for years had been forging connections with conservative organizations and gun aficionados in the United States. (Torshin—a director of the Russian central bank, a former senator, and a close ally of Putin—has been accused of having ties to Russian organized crime, an allegation he has denied. During the 2016 campaign, Torshin and Butina tried to connect with Trump campaign officials.) The Right to Bear Arms paid $6,000 toward the cost of Clarke’s trip.

While in Russia, members of the NRA delegation met with Dmitry Rogozin, the deputy prime minister, who was sanctioned by the Obama administration the previous year in retaliation for Putin’s invasion of Crimea and eastern Ukraine. Rogozin was a hardliner who led the ultra-right party Rodina, and part of his government portfolio was of particular interest to the NRA representatives: the arms industry. …

Jan Dizard, 77, a professor emeritus at Amherst College who splits time between western Massachusetts and California, is a registered Democrat and a self-described environmentalist. He’s also a life-long gun owner who patronizes both his local rod and gun club and bird dog association.

Although Dizard acknowledges that he’s “by far the furthest left [politically] of anybody in the club,” being a liberal gun owner hardly makes him a unicorn.

If a left-leaning gun owner seems unusual, it’s in part because there are critical gaps in our nation’s collective understanding about who owns firearms in America and what they use them for.

“It is unwise to assume that all gun owners are Republicans.”

Dizard stands in contrast to the 87,000 Americans at last weekend’s record-breaking annual NRA conference, where attendees told a HuffPost reporter that the media focuses a disproportionate amount of coverage on gun violence and ignores positive stories about firearms. “They are censoring what the true pulse of the citizenry thinks,” said Brian Lilly, 49, who attended the conference for the first time this year with his 18-year-old son.

Outside of that core pro-NRA group, however, identifying as a gun owner can be politically fraught. In pockets of the country, some owners don’t feel comfortable revealing their status at all. And a dearth of scientific research on guns and gun ownership ― thanks in part to lobbying efforts conducted by the NRA ― contributes to our national ignorance about who owns guns and why. …

The best estimates put the number of guns in America at about 300 million, which are owned by an estimated 32 to 42 percent of Americans, according to polls by Pew, Gallup and the General Social Survey. But it’s difficult to find a more precise measure through polling alone, and Congress doesn’t adequately fund peer-reviewed research on the issue.

The lack of research about legal and illegal gun-owner behavior prevents us from scientifically measuring the causes of gun violence, which in turn influences the kind of laws passed to address the 11,000 homicides, 22,000 suicides and tens of thousands of non-fatal shootings that happen in the United States each year. Public health experts believe that many of those 33,000 annual deaths are preventable.

In the absence of hard data about gun owners, media organizations tend to focus on telling the stories of vocal gun rights activists and bedrock NRA supporters. That’s despite the fact that of the nation’s estimated 73 to 81 million gun owners, the NRA claims just under 5 million Americans as members ― or fewer than 8 percent of all gun owners.

To learn about the more than 90 percent of gun owners who don’t fall into this category, HuffPost conducted its own survey of gun owners …