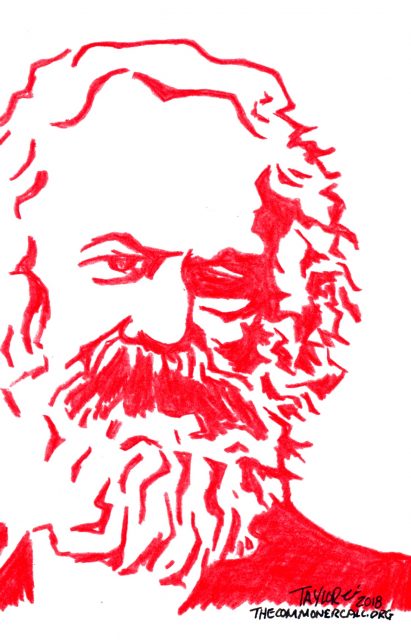 The manifesto remains a source of hope not to be dismissed.

No manifesto has better succeeded in doing all this than the one published in February 1848 at 46 Liverpool Street, London. Commissioned by English revolutionaries, The Communist Manifesto (or the Manifesto of the Communist Party, as it was first published) was authored by two young Germans – Karl Marx, a 29-year-old philosopher with a taste for epicurean hedonism and Hegelian rationality, and Friedrich Engels, a 28-year-old heir to a Manchester mill.

As a work of political literature, the manifesto remains unsurpassed. Its most infamous lines, including the opening one (“A spectre is haunting Europe – the spectre of communism”), have a Shakespearean quality. Like Hamlet confronted by the ghost of his slain father, the reader is compelled to wonder: “Should I conform to the prevailing order, suffering the slings and arrows of the outrageous fortune bestowed upon me by history’s irresistible forces? Or should I join these forces, taking up arms against the status quo and, by opposing it, usher in a brave new world?”

If the manifesto holds the same power to excite, enthuse and shame us that it did in 1848, it is because the struggle between social classes is as old as time itself. Marx and Engels summed this up in 13 audacious words: “The history of all hitherto existing society is the history of class struggles.”

For Marx and Engels’ immediate readership, this was not an academic dilemma, debated in the salons of Europe. Their manifesto was a call to action, and heeding this spectre’s invocation often meant persecution, or, in some cases, lengthy imprisonment. Today, a similar dilemma faces young people: conform to an established order that is crumbling and incapable of reproducing itself, or oppose it, at considerable personal cost, in search of new ways of working, playing and living together? Even though communist parties have disappeared almost entirely from the political scene, the spirit of communism driving the manifesto is proving hard to silence.

To see beyond the horizon is any manifesto’s ambition. But to succeed as Marx and Engels did in accurately describing an era that would arrive a century-and-a-half in the future, as well as to analyse the contradictions and choices we face today, is truly astounding. In the late 1840s, capitalism was foundering, local, fragmented and timid. And yet Marx and Engels took one long look at it and foresaw our globalised, financialised, iron-clad, all-singing-all-dancing capitalism. This was the creature that came into being after 1991, at the very same moment the establishment was proclaiming the death of Marxism and the end of history.

Yanis Varoufakis: How I Became An Erratic Marxist

n 2008, capitalism had its second global spasm. The financial crisis set off a chain reaction that pushed Europe into a downward spiral that continues to this day. Europe’s present situation is not merely a threat for workers, for the dispossessed, for the bankers, for social classes or, indeed, nations. No, Europe’s current posture poses a threat to civilisation as we know it.

If my prognosis is correct, and we are not facing just another cyclical slump soon to be overcome, the question that arises for radicals is this: should we welcome this crisis of European capitalism as an opportunity to replace it with a better system? Or should we be so worried about it as to embark upon a campaign for stabilising European capitalism?

To me, the answer is clear. Europe’s crisis is far less likely to give birth to a better alternative to capitalism than it is to unleash dangerously regressive forces that have the capacity to cause a humanitarian bloodbath, while extinguishing the hope for any progressive moves for generations to come.

For this view I have been accused, by well-meaning radical voices, of being “defeatist” and of trying to save an indefensible European socioeconomic system. This criticism, I confess, hurts. And it hurts because it contains more than a kernel of truth.

I share the view that this European Union is typified by a large democratic deficit that, in combination with the denial of the faulty architecture of its monetary union, has put Europe’s peoples on a path to permanent recession. And I also bow to the criticism that I have campaigned on an agenda founded on the assumption that the left was, and remains, squarely defeated. I confess I would much rather be promoting a radical agenda, the raison d’être of which is to replace European capitalism with a different system.

Yet my aim here is to offer a window into my view of a repugnant European capitalism whose implosion, despite its many ills, should be avoided at all costs. It is a confession intended to convince radicals that we have a contradictory mission: to arrest the freefall of European capitalism in order to buy the time we need to formulate its alternative. …