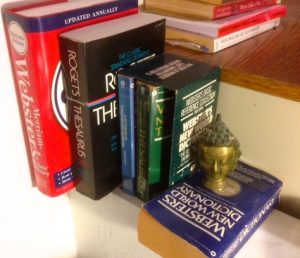 (Editor’s Note: This article is from September, during the midst of the debate over the Republican tax giveaway to the wealthy 1%. The reason this article is still relevant is that the radical right has been devastatingly effective at twisting the language to its own ends. The left has been slow to the art. One of the words that has been distorted the most is “reform”, as in” Social Security reform” — which is all about just cutting hard-earned and deserved benefits. We on the left need to begin using the English language as the powerfully persuasive tool that it is. — Mark L. Taylor)

We are about to embark on a nationwide debate over taxes. Newspapers want to call this a debate over “tax reform.” It is not.

Progressives should never say “tax reform” and never accept this phrase as the basis for debate. Whether it’s a matter before federal, state or local governments, progressives champion tax “fairness,” not “reform.” The one word sets us up for victory and the other for defeat.

The word “reform” is a value that telegraphs that it refers to something positive. “Reform” means to make changes in something – typically a social, political, or economic institution or practice – in order to improve it.

The word “fairness” is an entirely different value and one that is more specific. It announces that something is unjust and that our intention is to address the injustice.

A question of fairness

Let’s apply this to the Trump/GOP tax legislation that we expect to see. It will mostly benefit millionaires and billionaires, as well as wealthy corporations. Conservatives would pay for these tax giveaways by cutting Social Security, Medicare, Medicaid, education, and other programs that are essential to American families. For more about the substance of the federal legislation, see here.

This is a very direct exercise in taking away money from some people (us) and giving it to others (the rich). It is simply not intended to “improve” our tax system, so it is not “reform.”

Some reporter might babble about lowering rates or “tax simplification,” but that is all irrelevant to fairness. Any tax bill either makes the system more or less fair and this one is clearly a massive tax giveaway to the rich—that’s the whole purpose of it.

Don’t stand for the status quo

The other important point in debating taxes is – don’t defend the status quo.

Both the right wing and mainstream media want to turn this into a debate between progressives who are for the current tax system and conservatives who are against. Forcefully argue against the status quo. Say that the present system is unfair, it is rigged to benefit the rich, and that we would change the rules in order to stop current tax loopholes, giveaways and boondoggles that benefit the rich over the rest of us.

Do this and you are in agreement with persuadable voters. By 2-to-1 margins, Americans believe that upper-income people and corporations are paying too little and that we should increase “taxes on wealthy Americans and large corporations.” Keep in mind, however, that the desire to tax the rich is heavily affected by partisanship. While 84 percent of Democrats and 63 percent of Independents would increase taxes on wealthy individuals and large corporations, only 38 percent of Republicans would do so.

In short, start in agreement with your audience. Turn the matter into a debate over fairness and do not defend the status quo. Here’s a very short version:

“Our tax system is unfair. Working families are under more and more stress while rich people and large corporations pocket massive tax giveaways, and that’s wrong. The Trump tax legislation makes the system worse by giving away trillions of dollars to the rich. Instead, we need to create a system where everyone pays their fair share—a system that works for all of us, not just the wealthy few.”

(Bernie Horn is the Senior Director for Policy and Communication at the Public Leadership Institute.)

Hey, Progressives, Learn How To Effectively Use The Language To Frame Political Debate & Branding By Checking Out the “Your Brain On Politics” Archive In The Commoner Call.