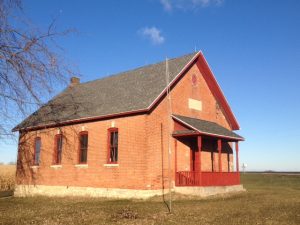 By Eric Blanc
Jacobin (3/9/18)The Great West Virginia Wildcat is the single most important labor victory in the US since at least the early 1970s. Though the 1997 UPS strike and the 2012 Chicago teachers’ strike also captured the country’s attention, there’s something different about West Virginia. This strike was statewide, it was illegal, it went wildcat, and it seems to be spreading.West Virginia’s upsurge shares many similarities with the rank-and-file militancy of the late 1960s and early 1970s. But there are some critical differences. Whereas labor struggles four decades ago came in the wake of a postwar economic boom and the inspiring successes of the Civil Rights Movement, this labor upheaval erupted in a period of virtually uninterrupted working-class defeats and economic austerity. The Supreme Court’s impending decision to throw the whole public sectorback into the open-shop era gives West Virginia’s strike an added degree of momentousness.It’s too early to tell whether West Virginia will spark the revival of a fighting labor movement nationwide. Much depends on whether workers here can keep winning over the coming months — and whether a looming public education strike wave materializes in Oklahoma, New Jersey, Arizona, Kentucky, and beyond.

“For a successful mass movement, people don’t have to agree on partisan politics, on religion, or anything else for that matter. But they do have to come together and fight in solidarity around a shared issue.” — School teacher and union activist Emily Comer

Understanding the reasons workers won this strike will be crucial for activists engaged in these upcoming battles — and for all those interested in reviving the US labor movement. At the same time, it’s important to identify the challenges that lie ahead for the struggle in West Virginia.

When it comes to a successful strategy for labor, there’s no need to reinvent the wheel. West Virginia has once again clarified the continued relevance of simple political insights that were long ago abandoned by most union leaders, as well as much of the Left.

Class struggle gets the goods.

Labor-management “cooperation” has led to concession after concession over the past decades. Nor has the prevailing form of what passes for “social justice unionism” been able to reverse organized labor’s decline. Instead of building workplace power and strikes, many progressive unions have focused on public relations campaigns, moral appeals to consumers, and lobbying Democratic politicians.

In contrast, the bottom-up militancy and strike action of West Virginia’s teachers and school employees has reinvigorated working-class organization and won a whole series of important concessions, not the least of which was a 5 percent raise for all public employees.

From day one, the active participation of rank-and-filers — and their remarkable ability at critical junctures to overcome the inertia or compromises of the top union leadership — has been the central motor driving West Virginia’s strike forward. Through the empowering dynamics of mass struggle, many individuals who only two weeks ago were politically inexperienced and unorganized have become respected leaders among their coworkers.

Though it is illegal for public employees in West Virginia to strike, they struck anyway. Highlighting the long tradition of taking illegal action to win a righteous cause, many strikers here made homemade signs saying, “Rosa Parks was not wrong.” The state initially threatened to file injunctions to end the strike, but it was forced to back down. At moments of mass struggle, in other words, legality becomes a question of a relationship of forces. If a strike has the strength, the momentum, and the support of the public at large, it is hard for the ruling elite to crack down.

A willingness to flout the law will be particularly crucial over the coming period. The constraints of the legal and institutional structure of US labor relations have already set up the union movement to fail. This will become even more the case if, as expected, the Supreme Court eliminates crucial labor rights in the public sector. But as the experience of West Virginia shows, it is possible to fight and win even in the face of the most draconian legal obstacles.

The fact that the system depends on our labor gives us immense structural leverage. As the events of the past week and a half have demonstrated, this holds true for public employees — including categories of workers that are predominantly female, like teachers — no less than it does for the private sector. Fittingly, one of the most popular chants at the capitol over the past week and half was: “If they don’t fix it, shut it down!” …

As West Virginia teachers celebrate victory in their historic strike, Oklahoma teachers are considering following in their footsteps. On Tuesday, the Oklahoma Education Association announced that teachers would go strike on April 23 if the state Legislature doesn’t approve pay increases and funding for educational needs. For more, we speak with Teresa Danks, a third-grade teacher at Grimes Elementary School in Tulsa, Oklahoma. She made headlines last year when she panhandled on a roadside to raise money for supplies for her classroom. She has since started a foundation called Begging for Education, dedicated to funding classrooms, improving teachers’ salaries and fiscal responsibility in Oklahoma.

And we speak with Katie Endicott, a high school English teacher in Mingo County, West Virginia, who has a message for her counterpart in Oklahoma.