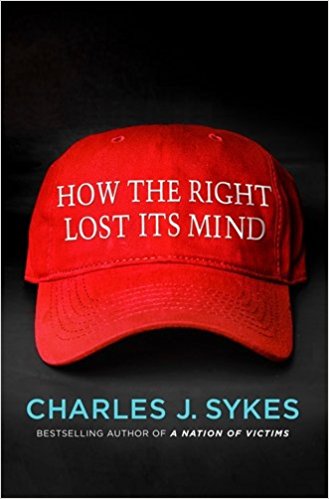 “What does it mean to be a conservative? I have no idea anymore.”

Once at the center of the American conservative movement, best-selling author and radio host Charles Sykes is a fierce opponent of Donald Trump and the right-wing media that has enabled his rise. Sykes will present an impassioned, regretful and deeply thoughtful account of how the American conservative movement came to lose its values, asking: How did a movement that was defined by its belief in limited government, individual liberty, free markets, traditional values and civility find itself embracing bigotry, political intransigence, demagoguery and outright falsehood?

In his new book, Sykes addresses: Why are so many voters so credulous and immune to factual information reported by responsible media? Why did conservatives decide to overlook, even embrace, so many of Trump’s outrages, gaffes, conspiracy theories, falsehoods and smears? Can conservatives govern? Or are they content merely to rage?

How can the Right recover its traditional values and persuade a new generation of their worth? Come hear from a leading conservative voice about how the conservatives and the nation as a whole got to where it is today.

Link to Story and 67-Minute Video