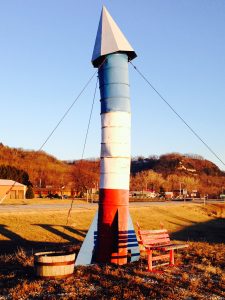 Two and half weeks after President Donald Trump rejected the idea of peace talks with Taliban, the militant group published an open letter to the American people urging them to pressure their government to end the occupation of Afghanistan, now in its 17th year, and engage in peace talks.

The letter, published on the group’s website, denounces the Bush administration’s justification for launching the invasion, as well as the Trump administration, which “again ordered the perpetuation of the same illegitimate occupation and war against the Afghan people.”

“No matter what title or justification is presented by your undiscerning authorities for the war in Afghanistan, the reality is that tens of thousands of helpless Afghans including women and children were martyred by your forces, hundreds of thousands were injured and thousands more were incarcerated in Guantanamo, Bagram, and various other secret jails and treated in such a humiliating way that has not only brought shame upon humanity but is also a violation of all claims of American culture and civilization,” the letter states.

“Make your president and the war-mongering congressmen and Pentagon officials … adopt a rational policy towards Afghanistan,” the letter states.

It goes on to illustrate in numerous ways how the occupation has failed. For example, “3546 American and foreign soldiers have been killed,” it states, and “this war has cost you trillions of dollars thus making it one of the bloodiest, longest and costliest war in the contemporary history of your country.”

It also references United Nations statistics finding that there was an 87 percent increase in drug production in Afghanistan in 2017 and, despite the uptick in airstrikes, the U.S. watchdog the Special Inspector General for Afghanistan Reconstruction (SIGAR) acknowledged that the Taliban is gaining, not losing territory.

Further, “tens of billions of dollars” in taxpayer money have been spent on various reconstruction projects, but the money “has been distributed among thieves and murderers,” the letter states. Through the occupation, “the Americans have merely paved the way for anarchy in the country,” referring to the rise in other militant groups.

“If you want peaceful dialogue with the Afghans specifically, and with the world generally, then make your president and the war-mongering congressmen and Pentagon officials understand this reality and compel them to adopt a rational policy towards Afghanistan,” the letter states.

Ongoing failure for U.S. troops is ensured, the group argues. “If the policy of using force is exercised for a hundred more years and a hundred new strategies are adopted, the outcome of all of these will be the same as you have observed over the last six months following the initiation of Trump’s new strategy.”

“Our preference is to solve the Afghan issue through peaceful dialogues. America must end her occupation and must accept all our legitimate rights including the right to form a government consistent with the beliefs of our people,” the group says.

The thrust of the message echoes what many peace groups have said—Trump is continuing the failed strategies of his predecessors, and there is no military solution to the conflict in Afghanistan.

(This work is licensed under a Creative Commons Attribution-Share Alike 3.0 License.)
Link to Story
(Commoner Call photo by Mark L. Taylor, 2018. Open source and free to use with link to www.commonercall.org )