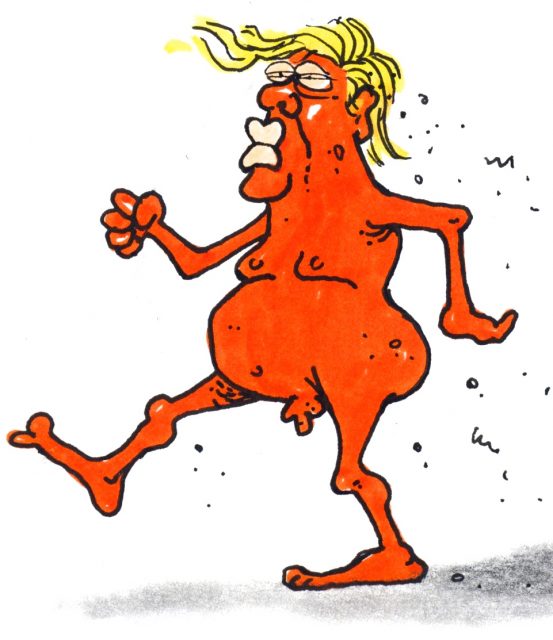 Defeat is hard to face; but every delay in facing the hard facts makes matters worse.

Trump’s fantasy of a military parade and Trump’s choice to release or block congressional memos about the Russia investigation were the two big stories of last week. At first glance, they have nothing to do with one another. In fact, they are part of the same story: a grand cover-up of American defeat.

In the past, the United States has organized grand military parades: but always after a victory in war, and always as a way of welcoming soldiers back to civilian life. So it was after the civil war, the first world war and the second world war. Such parades marked a moment and made perfect sense.

The problem today is that the United States has not just won a war, but lost one. Carl von Clausewitz, the great student of war, defined its aim as altering the will of the enemy. In the 21st century, in the age of cyber, this can be achieved without combat.

America lost a cyberwar to Russia in 2016, the result of which was the election of Trump. Defeat is hard to face; but every delay in facing the hard facts makes matters worse. This is no time for parades.

A country that treats defeat as a victory invites calamity. The only serious American response to Russia’s violation of its sovereignty, the Mueller investigation, is now also a target of Russian cyberwar. As reporting by Politicohas shown, the very strange decision to release a highly partisan (and very partial) hit memo against Mueller was in large part a consequence of a cyber campaign in which Russian bots played a major part.

No array of tanks, whether at their bases or on parade in Washington, can protect us against cyberwar. Serious national defense would involve a serious defense against actual threats to sovereignty, rather than costly gestures meant to change the subject. And no amount of presidential or congressional posturing can substitute for an independent investigation of what are, in the end, our own weaknesses and flaws.

We don’t need memos and marches; we need truth and repair.

(Timothy Snyder is the author of On Tyranny. His forthcoming book is The Road to Unfreedom.)