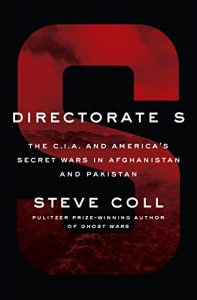 The U.S. is intensifying its air war in Afghanistan as U.S. Central Command has announced it is shifting military resources from Iraq and Syria back to Afghanistan, where the United States has been fighting for over 16 years in the longest war in U.S. history. U.S. Air Force Major General James Hecker recently said Afghanistan has “become CENTCOM’s main effort.” The news comes after a particularly bloody period in Afghanistan. Despite the spiraling violence, President Trump recently ruled out negotiations with the Taliban during a meeting of members of the United Nations Security Council.

We speak to Pulitzer Prize-winning journalist Steve Coll about his new book, “Directorate S: The C.I.A. and America’s Secret Wars in Afghanistan and Pakistan.”