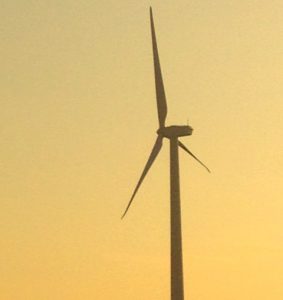 Trump’s Environmental Protection Agency (EPA) is planning to repeal our most important federal climate regulation: the Clean Power Plan. Without this rule, more states will rely on coal instead of transitioning to clean energy, and the United States will likely fail to meet its obligations under the Paris climate agreement.

The EPA is taking comments on their reckless proposal until Jan. 16. By flooding their docket with opposition, we can build a strong public record of support for climate action that could help as states and others challenge the EPA in court.

Before the Clean Power Plan, power plants had absolutely no limits on how much carbon pollution they could dump into the atmosphere. The plan directs states to cut greenhouse gas emissions from power plants, which are the largest source of U.S. emissions.1 States can cut emissions by shifting away from coal-fired power and investing in renewable energy, energy efficiency and other sources. About half the states are already on track to meet their targets under the plan.2

In October, however, Trump’s EPA chief Scott Pruitt announced that he would repeal the regulation. Pruitt’s destructive move comes as no surprise. As Oklahoma’s state attorney general, Pruitt had led a group of two dozen state attorneys general in suing the EPA to block the Clean Power Plan. Now that he’s in charge, Pruitt has quickly moved to implement a fossil fuel–friendly agenda.

Reversing the Clean Power Plan is a futile attempt to keep the dying coal industry on life support at the cost of increased global warming and air pollution – and it will cost lives. Under Pres. Obama, the EPA estimated that the Clean Power Plan would have avoided 3,600 premature deaths, 1,700 heart attacks, 90,000 asthma attacks, and 300,000 missed work days and school days each year.3 Thanks to Trump and Pruitt, these public health benefits may disappear.

Coal- and natural-gas-fired power plants are responsible for about one-third of U.S. carbon emissions.4 If states were to fully comply with the Clean Power Plan, experts expect that the power sector would reduce its carbon emissions by 32 percent from 2005 levels by 2030.5 While this is not nearly enough on its own to stop global warming, the plan had already started to jump-start investments in renewable energy and encourage other countries to reduce their emissions as well.

As wildfires, flooding, drought and other climate impacts continue to get more severe, we need to preserve and expand the Clean Power Plan, not repeal it. We must now allow Trump’s EPA to threaten our future for short-term coal industry profits.

Thank you for fighting back.

(Commoner Call photo, 2018. Open source and free to use with link to www.thecommonercall.org )