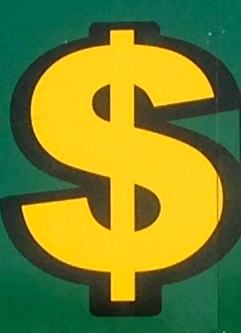 (Editor’s Note: Problems of old, crumbling and even dangerous school buildings is not unique to Baltimore. In a  nation that just approved massive tax cuts for the already wealthy and corporations racking up record profits and, often, evading their responsibilities to the country and workers that make all that wealth possible, far too many of our children don’t have decent schools to go to. Time to take that money back, people! – Mark L. Taylor)

Baltimore’s public schools closed Thursday after parents and educators there complained students were enduring frigid classrooms with plumbing issues — conditions the local teachers union called “inhumane.” Four of Baltimore’s public schools were closed Wednesday because of facilities problems but the rest had remained open through below freezing temperatures. Some schools hovered around 40 degrees inside.

The schools have had long-standing heating, plumbing and repair needs.

“She actually said she couldn’t feel her feet at one point,” she said. “I texted her back and said are you joking? She says — no.”

Massie said her daughter has been in the building when it was cold before, but that this week felt worse to her. “I told her to tough it out and get home as fast as she could,” she said.

At Frederick Douglass High School, senior Dennis Morgan said Wednesday he was freezing. “As of now, I have on four shirts, two hoodies, and a jacket,” he said. “It’s kind hard to get comfortable when you’ve got so many layers on and you’re not used to it and you’re still cold.” He said teachers are sharing their scarves with students. A burst pipe and fallen ceiling tiles destroyed numerous MacBooks and technology equipment at that school. Students there were dismissed early on Wednesday.

On social media, teachers and parents posted photos of students wearing winter coats inside and thermostats displaying temperatures in the 40s and 50s.

In a letter to the BCPS president Wednesday afternoon, the Baltimore Teachers Union called school conditions “unfair” and “inhumane” and implored officials to close schools for the remainder of the week. The organization said it had received “several” calls citing lack of heat. …

Read the Rest and 3+-Minute Audio