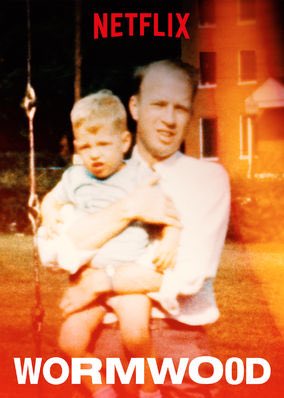 Frank Olson may have been not just murdered but executed.

(Editor’s Note: “Wormwood” is a fascinating Netflix documentary series on the 1953 suicide/murder/execution of government scientist Frank Olson, who grew up in Hurley, Wisconsin. The official story was that Olson’s death was an unfortunate outcome of a what was a whacky CIA LSD experimental program gone awry. Olson’s eldest son, Erik, never felt comfortable with the story; always felt there was more to it. He was right. This short series is a powerful, personal account of the abuse of unchecked government power and secrecy and perfectly timed as a warning to us all for the present. – Mark L. Taylor)

We are living in a golden age of rubbernecking entertainment. Even as audiences fracture according to hyperspecific tastes, it is not unusual for millions of people across the country to be puzzling out the same murder at once, dissecting clues from the real cold cases in twisty shows like HBO’s The Jinx and Netflix’s Making a Murderer. These series tend to be heavy on mystery but not on mourning; the victims feature only as the starting point for an investigation. The relatives of the departed rarely appear either, the ones who are left holding the torch and facing the bottomless vortex of questions after a crime. Stultifying grief doesn’t always make for compelling television.

In his new series, Wormwood, however, Errol Morris has made a bold choice: He has decided to make a crime documentary about a grieving son. Eric Olson has spent six decades searching for the truth about the death of his father, Frank, a military scientist who fell from a window of the Statler Hotel in New York City in 1953. Olson was nine years old at the time. His father’s death was instantly ruled a suicide, and in the years that followed, the family—Eric, his two siblings, and his mother, Alice—attempted to recalibrate to some semblance of normalcy despite having only murky details about their loss. But Eric could not seem to regain equilibrium. He had a sinking feeling that his father’s death was the product of malice and deep deception.

Little can change the fate of father or son. Wormwood is the tragedy of two men, both of whose lives were taken away from them on the same night.

Then in 1975 the Rockefeller Commission Report revealed that Frank had been part of a top-secret CIA program that involved dosing scientists with LSD without their knowledge. Olson gained a bundle of CIA documents stating that his father had exhibited a negative reaction to the LSD, that he’d been brought to New York for psychiatric rehabilitation, and then leaped 13 stories from his hotel window despite his colleagues’ best efforts to recover his sanity. Despite a formal apology from Gerald Ford, Olson couldn’t stop digging. Being in the inner sanctum only made him more suspicious. He felt that the government’s contrition was too showy, a floral bouquet hiding a poisonous spider. He continued to hunt, to ask the needling questions for decades, losing his psychology practice, a woman he loved, and his grasp on reality along the way.

Olson does not feel entirely alone in his all-consuming grief. The show takes its name from a particularly bitter moment in Hamlet, when the bereaved prince whispers “wormwood, wormwood.” Obsessed by his father’s death, Hamlet slowly goes mad; no one close to him seems to care about it the way he does. The anger remains his own, the restless ghosts his alone to banish. This does not stop him from destroying everyone he loves in the process or from torpedoing his own life and many others’ because he cannot, and will not, stop pushing for a conclusion. Something similar, Olson says, has happened to him. At one point, he tells Morris, he even checked in to the exact room where his father died, just in case he might be able to reconstruct the events by physically inhabiting the scene of the crime. He didn’t sleep that night and instead sat up like a sentinel, awaiting his father’s ghost. …

Read the Rest and Movie Trailer