(Editor’s Note: Dan Peak is taking a few days off so we will have a bit of a different format in his absence. The excellent article below from The New Republic provides much needed context to the impact of the Trump-Russia investigation. – Mark L. Taylor) 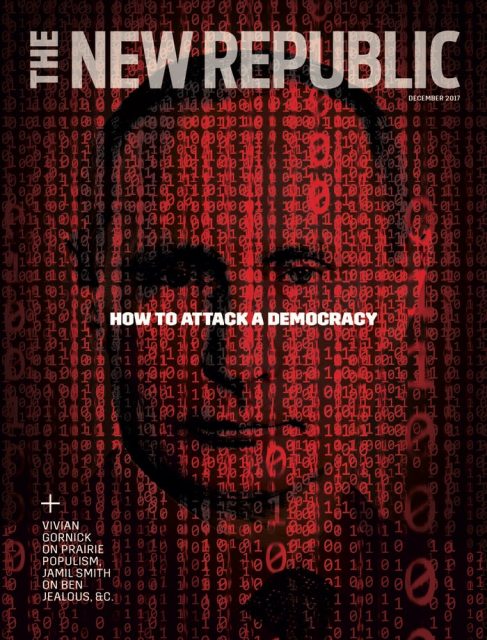 Let us review, if only in brief, some of the facts as they are presently understood. Two years ago, a shadowy company based in Russia called the Internet Research Agency began buying Facebook ads in bulk. An estimated 11.4 million people across the United States saw these ads, both before and after the U.S. presidential election. Many millions more read the messages and conspiracy theories circulated by hordes of angry bots, hecklers, and trolls on social media, obscure blogs, and web sites. These messages were largely in the service of advancing the political aims of Donald Trump. We do not—cannot—know precisely how much they affected the choices of voters, but we can state that these exertions were deliberate and systematized, part of a sprawling effort that many now believe could only have been orchestrated by one country: Russia.

Since November, when Donald Trump shocked the world—and likely even the Kremlin—by winning the presidency, Twitter, Facebook, Google, the FBI, the CIA, and three separate congressional committees have launched investigations to piece together a narrative of Russia’s meddling. And yet obscured by the flurry of recriminations, resignations, calls to impeach, to protest and counterprotest—all the blithering turmoil that signifies American political life in 2017—are the deeper ramifications of what Russia has done.

Cyber conflicts don’t conform to the codes that governed how clashes were fought in the twentieth century.

We know about hot wars, when states fight one another. We know about cold wars, when states menace without striking, or by using client states in the developing world as fodder in bloody proxy wars. The response to Russia’s interference in our election evokes such episodes in American history. In December, when President Obama expelled 35 diplomats from the Russian Embassy’s compound in northwest Washington, the conventional wisdom held that it was a “proportional” response designed to deter Russian aggression in the future. It adhered to Cold War notions about containment, deterrence, and balances of power. But it was also political theater. High-level “signaling” will do little to deter cyberattacks in the future.

“The United States needs a new paradigm that goes beyond old models of containment—models of warfare based on the assumptions of conventional or nuclear conflict,” says Joshua Kertzer, an international security analyst at Harvard. Today, wars are no longer simply hot or cold. Some modern conflicts are not primarily about territory or resources but about digital infrastructure and control of information. Ours is a world in which Russian belligerents can attack the smartphones carted abroad by U.S. soldiers, and in which “threat researchers” believe hostile hacker networks are sharing malicious code, bringing economies of scale and corporate efficiencies to global conflict. Adversaries do not seek to attack their opponents physically but merely to destabilize them. They favor assaults on the beliefs a population holds about its own government—what makes a country a country—and on a population’s ability to distinguish fact from fiction. …