Across the country, activists are making plans, collecting supplies and raising money to swiftly launch hundreds of street protests if President Donald Trump fires Robert S. Mueller III, the special counsel who has been investigating the Trump administration.

“The last thing we want is to be caught unprepared,” said Elizabeth Beavers, a Washington-based policy manager for Indivisible, one of several liberal groups involved in the protest plans.

“We don’t actually want this to happen. The best-case scenario here is that all of this planning was for naught and we don’t need to hold these events.”

Never mind that Trump and his legal team insist there’s no plan to oust Mueller or otherwise interfere with the investigation into whether the president’s associates helped Russia meddle in the 2016 U.S. presidential election.

Trump’s opponents don’t buy the denials, especially as some Republican lawmakers and conservative commentators have escalated demands for Mueller to get the boot.

The president’s lawyers have been expected to meet with the special counsel’s office as Trump seeks a public exoneration to remove the cloud over his presidency. Few outside legal experts believe Mueller would offer that promise while the investigation remains underway.

That leaves Mueller’s fate a potent issue for organizing and fundraising in an era when protest politics have become the norm and a midterm election looms on the calendar. …

As The Nation Speculates Whether Or Not Special Counsel Robert Mueller Will Be Fired By Trump, Activists Across The County Are Gearing Up For A Nationwide Response 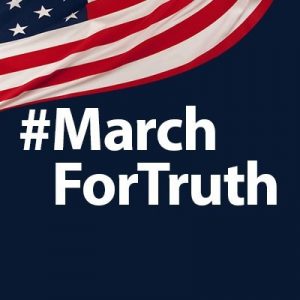 On June 3rd, you joined tens of thousands of Americans across the country in the #MarchForTruth to demand urgency and transparency in the investigations into Russian election interference and ties to Donald Trump and his associates.

Now, we could have a deepening Constitutional crisis on our hands. Will Donald Trump take action to stop the investigation?

With indictments being handed down, it has been reported Donald Trump is considering firing the man investigating him and his inner circle, special counsel Robert Mueller. Various individuals in the President’s circle have suggested the investigation should end, and in recent days GOP attacks on Mueller have reached a fever pitch. If this happens, our immediate response will determine the future of our democracy. 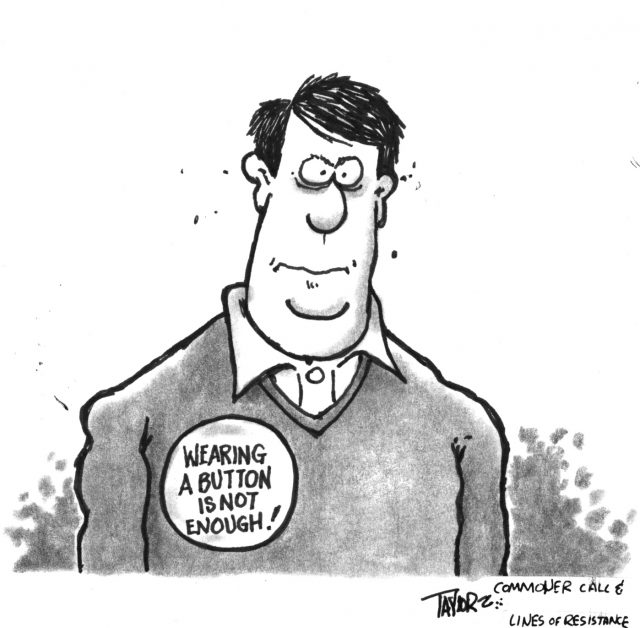 That’s why we’re partnering with MoveOn.org, Public Citizen, Indivisible and many others to prepare emergency “Nobody is Above the Law” rallies that will happen directly following the firing should it occur .

There are already events in more than 300 cities organized across the country! Can you pledge to attend a rapid response rally?

Click here to find and pledge to attend an event near you!

Mueller was named as special counsel to get to the bottom of the Russian meddling in the November election, and any ensuing effort to cover it up. This includes conflicts of interest within the Trump campaign, and possibly investigating the President’s own finances to look for motives.

By firing Mueller, the President would trigger a full-fledged Constitutional crisis by asserting that he is above the law. The hours following the firing will determine whether he is proved right.

Congress has the constitutional authority and obligation to hold the President accountable for this abuse of power. But we’ve seen the Republican Congress give him pass after pass every time he crosses another line.

Should the President fire Mueller, if that isn’t the moment they put country over party to hold the President accountable, it’s not clear whether it will ever happen. Let’s show our lawmakers that we won’t stand by while they allow Donald Trump to slide the US into authoritarianism.

Join thousands across the country who are pledging to take the streets should Trump fire Mueller, demanding immediate action to hold the President accountable—click here to find an event near you!

When Richard Nixon fired Archibald Cox from the Watergate investigation, it became a tipping-point moment for lawmakers in his own party to finally decide that they had to act or risk forfeiting our democracy.

It’s up to us to make sure if the President fires Mueller that this [is] the moment our lawmakers wake up and prevent Trump from putting himself above the law.

Want to receive a text should Trump fire Mueller? Text the word “Mueller” to the number 94502 to sign up for Public Citizen’s alerts. Standard text rates apply.

Citizen Alert! Nobody Is Above The Law—What To Do If Trump Fires Special Counsel Mueller

Donald Trump is publicly considering firing special counsel Robert Mueller, the person leading the Department of Justice investigation of possible illegal actions by Donald Trump and members of his presidential campaign, and the efforts to conceal those activities.

This would be a constitutional crisis for our country. It would demand an immediate and unequivocal response to show that we will not tolerate abuse of power from Donald Trump.

Our response in the minutes and hours following a power grab will dictate what happens next, and whether Congress—the only body with the constitutional power and obligation to rein Trump in from his rampage—will do anything to stand up to him.

That’s why we’re preparing to hold emergency “Nobody is Above the Law” rallies around the country in the event they are needed.

Use the map or search at the web address below by ZIP code to find an event near you, or create one if none exists.

Rallies will begin hours after news breaks of a Mueller firing:

This is our moment to stand up to protect our democracy. Let’s mobilize to show that we won’t let Donald Trump become the authoritarian that he aspires to be. The law applies to all of us, and it’s essential that it also applies to the most powerful people in our country.

If you live in Vernon County, the closest rally is:

There is local discussion of a march down Viroqua Main Steet (on the sidewalk if numbers allow) about 1 1/2 hours before the LaCrosse rally so we can also join the LaCrosset event.

You can search for other planned events at this site:
https://www.trumpisnotabovethelaw.org/event/mueller-firing-rapid-response/search/?from=@