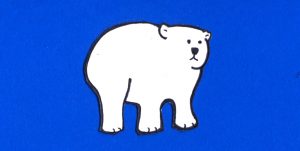 A video of a starving polar bear led to calls for climate change denialists to confront the real-world effects of global warming this week. Taken by a Canadian conservationist and photographer and posted to social media, the video offered a stark visual of the drastic impacts of climate change that have already begun taking root.

Paul Nicklen was traveling with the conservation group Sea Legacy in Canada’s Baffin Islands, located in the Arctic, when he spotted the emaciated animal struggling to walk across the dry land—historically covered with ice in December and home to seals that polar bears rely on for food. The bear searched in vain for sustenance in a trashcan before collapsing. 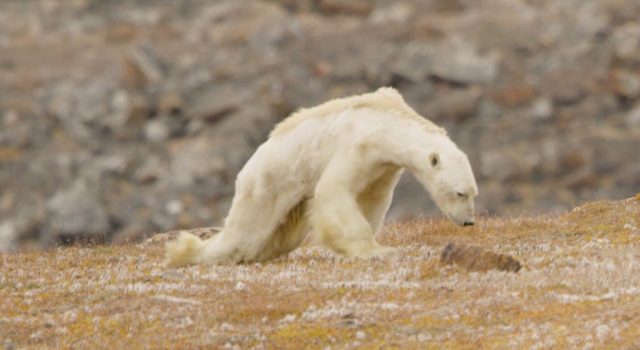 When National Geographic photographer Paul Nicklen and filmmakers from conservation group Sea Legacy arrived in the Baffin Islands, they came across a heartbreaking sight: a starving polar bear on its deathbed.

The bears are accustomed to going without food in summer months when ice dries up, but unusually warm temperatures have caused them to fast for unhealthy periods of time and potentially starving to death.

“When scientists say bears are going extinct, I want people to realize what it looks like,” said Nicklen in an interview with National Geographic.“Bears are going to starve to death. This is what a starving bear looks like.”

Nicklen received some criticism for filming the bear instead of feeding it, but he argued that sharing the image of the impact of global warming with the largest audience possible would be more productive than intervening by ending the animal’s life or feeding it a small amount of food.

“There is no band aid solution. There was no saving this individual bear,” he wrote on Instagram where he orginally posted the video.

In his interview with National Geographic, Nicklen added, “it’s not like I walk around with a tranquilizer gun or 400 pounds of seal meat.”

Polar bears have officially been considered a threatened species since 2008, under the Endangered Species Act, due to the ongoing loss of their icy habitats in Arctic regions.

The bears are accustomed to going without food in summer months when ice dries up, but unusually warm temperatures have caused them to fast for unhealthy periods of time and potentially starving to death.

The U.S. Geological Survey reported earlier this year that the increasingly rapid rate of melting sea ice in the Arctic is an existential threat to polar bears.

On social media, viewers of Nicklen’s video called for political leaders like President Donald Trump, who has refused to take part in global efforts to minimize the warming of the Earth by reducing carbon emissions, to reconsider their climate-wrecking actions.