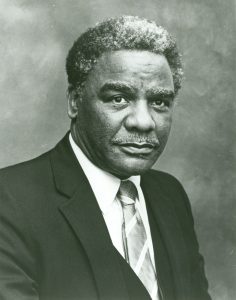 Just like Bernie Sanders, at least for me, one of the preeminent and compelling attributes of Harold Washington was — his authenticity.

His political speeches reflected his true beliefs. He was a reformer. He took on one of the most powerful political machines in the country, built by Chicago’s Richard J Daley, and beat them at their own game. I worked for Harold in his first campaign. My job, as a surrogate speaker, was to address exclusively black audiences on the city south and west sides. My sidekick, one of my best friends at the time, Michael J. Harrington, was a black teachers union official. I was his partner when he spoke in front of white, liberal audiences in the lakefront wards.

Harold never quit telling it like it was and he never quit trying to win over white constituents. When he ran for reelection he received much more of the white vote after he proved himself to be a competent mayor but racial divisions certainly still existed.

My audiences thought that Harold was a “black” candidate and it was empowering for them to hear why I, as a white North Side Chicago resident, respected him so much. Part of the racist rhetoric by his opponents was that Harold would put all of his African-American cronies in charge at City Hall and the government would collapse. When they heard Michael talk, who was an incredibly gifted speaker, they would come up to me and say, “If these are the kind of black people that Harold is going to put into power I want them in City Hall!”

When I cut my teeth on Chicago politics there were two political parties: the Democrats and the Progressive Democrats.” Out of 50 members of the City Council daily controlled 48. When Harold won the primary, which is usually the de facto election, as Republicans usually garnered well under 10% of the general election vote, every one of the machine aldermen became Republicans overnight. The racial hatred in the city was palpable. Harold never quit telling it like it was and he never quit trying to win over white constituents. When he ran for reelection he received much more of the white vote after he proved himself to be a competent mayor but racial divisions certainly still existed.

When I came back for his funeral, 30 years ago, other than the governor and a half dozen other dignitaries in the front row I was the only white face in the pews. I still miss Harold and his brand of politics. We’ve never needed courageous citizens more than we do now. I cried last Sunday when this documentary aired on Wisconsin Public Radio.

A history of the brief mayoral career of Harold Washington, and its lessons for black and white America, as told by people close to him. Many are activists and politicians: Lu Palmer, Judge Eugene Pincham, Congressman Danny Davis, then-alderman Eugene Sawyer. There are people from his administration—Jacky Grimshaw and Grayson Mitchell—and some reporters who followed his story: Vernon Jarrett, Monroe Anderson, Gary Rivlin, Laura Washington (who became his press secretary). Harold Washington died November 25, 1987. This show was first broadcast ten years later, in 1997. (46 minutes)