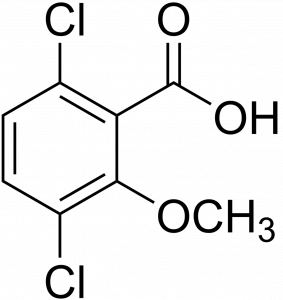 Earlier this month the Environmental Protection Agency announced that the pesticide dicamba – a weed killer sprayed on genetically modified, pesticide-resistant soybean and cotton crops – had drifted away from application sites and caused damage to more than 3.6 million acres of soybean crops in 25 states.

It was the latest blow against the use of dicamba, which was recently banned in Arkansas and Missouri after complaints from hundreds of farmers. The pesticide, which is manufactured by Monsanto, BASF and other companies, has also been linked to increased rates of cancer in humans exposed to it, as well as risks to wildlife.

Most of the problems with dicamba, experts say, can be linked to a phenomenon known as “pesticide drift,” which is actually two different processes by which a pesticide can travel beyond the application site into other agricultural locations, or even onto nearby residences, schools or other facilities.

Drift of the pesticide dicamba has been linked to crop damage in 25 states this year.

One of these types of drift is fairly simple to explain: A pesticide is applied in sprayed liquid form and is then picked up by the wind. “That’s when droplets get blown off target,” says Emily Marquez, staff scientist with Pesticide Action Network North America. “It could be due to applicator error or it could be due to weather.”

The other type of drift – the one most commonly talked about – occurs when a pesticide volatilizes, or turns into a gaseous state. “When it volatilizes, it just travels in the air and then weather can bring it some distance away,” Marquez says.

Volatilization is a natural phenomenon and quite common in other substances. “A good analogy I’ve used is an onion,” Marquez says. “If you cut it, the vapor in the air makes your eyes sting. You can smell it, but you can’t see it. It is the chemical evaporating into the air and going from liquid to vapor.”

What makes dicamba stand out when compared to other pesticides – or onions – is its propensity for volatilization, which has been well known for years. The chemical has a high vapor pressure, meaning it’s more likely to evaporate and rise into the atmosphere. “Even if a pesticide doesn’t have the high vapor pressure, it could still exist in the air to some extent, but not like a fumigant where you have this very high volatility and you see it rising off a field immediately after you apply it,” Marquez says. Recent research has found that dicamba damage was observed 220 feet away from application sites. The EPA requires just 110 feet of buffer between application sites and other vegetation.

Monsanto has claimed that its current formulation of dicamba contains additives that make it less prone to volatilization, but how much less prone it is to volatilization –or whether it really is less prone –remains in question. “There can be things you add to reduce volatility,” Marquez says, “but we already knew dicamba was volatile, so I don’t know if it’s possible to add something to reduce volatility when we knew it was damaging crops many years ago.”

In response to this year’s dicamba drift problems, the EPA last month announced an agreement with three manufacturers to put new requirements into place for the pesticide’s use in 2018, including limiting application to days with maximum wind speeds below 10 miles per hour.

Marquez says she thinks that’s about as far as the federal government will go with this pesticide under the current administration. “I think individual states are probably the ones having to do any further restrictions of dicamba.” She adds, though, that further actions could be possible “if enough farmers speak up or just don’t buy it.”