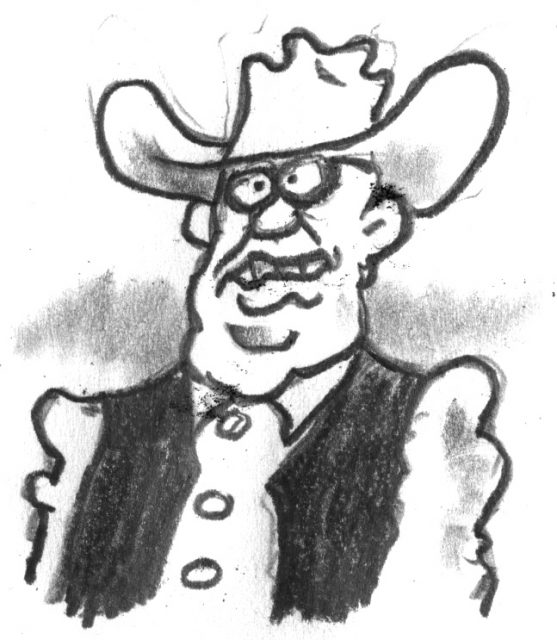 All news is “fake news”—at least if you’re a diehard Roy Moore supporter.

With sexual misconduct allegations continuing to mount against the Republican Senate candidate in Alabama, Moore has defied calls to drop out of the race by advancing an audacious conspiracy theory—that partisan fabulists in the mainstream media are working with his enemies in the political establishment to wage a nefarious smear campaign against him. Not long ago, such claims likely would have backfired. But in the Trump era, anti-press sentiment has reached a fever pitch on the right—something candidates like Moore are eagerly exploiting.

Moore has not directly denied many of the specific allegations. Instead, he has sought to cast himself as the victim of a witch hunt and sow just enough doubt in the stories to muddy the waters in voters’ minds.

“Their only response to this is really to find other villains in the process to take the heat off of them,” said the Republican strategist John Brabender, a former Rick Santorum campaign adviser. The two villains they have chosen are The Washington Post and other mainstream outlets, to “discredit the messenger,” Brabender said, and Senate Majority Leader Mitch McConnell and the Republican establishment, “to make the point that this is really just elitist establishment figures who never wanted Roy Moore.”

“From a pure strategy standpoint that is logically where you would go,” Brabender said. “That is the only way you could survive this.”

Charlie Sykes, a former conservative talk radio host, said Republican voters have been conditioned over years of right-wing media consumption to reflexively reject any news that challenges their worldview. “These alternative-reality silos—not only do they reinforce an ideological message, but they can be impenetrable,” he said.

Sykes admits that he was once part of the problem. When he hosted his popular Milwaukee-based radio show, he routinely devoted airtime to bashing the press—calling out perceived partisanship, and telling listeners that they couldn’t get the full story by reading the papers. While Sykes stands by many of his critiques, he eventually grew alarmed by the hyper-skepticism his audience began to exhibit. By the middle of last year’s election, he said, he couldn’t even cite stories from The New York Times or The Washington Post on the air without listeners dismissing them as untrustworthy.

In Alabama, Sykes said, a “nightmare scenario” is unfolding. “You have credible journalism being attacked and ignored amid a flood of misinformation and bizarre propaganda,” he said, adding that his compatriots in the conservative media who are horrified by Moore need to grapple with their own culpability. “I think we should be horrified by the monster we helped create.” …

(Commoner Call by Mark L. Taylor, 2017. Open source and free to use with link to www.thecommonercall.org )

Alabama Newspapers To Roy Moore: Sue Us — We’d Love To Air Your Dirty Laundry In Court

Alabama Media Group (AMG) — which operates three newspapers and the AL.com website — came out swinging against a lawsuit threat from ousted Alabama Chief Justice Roy Moore by rejecting a cease and desist order and all but daring the U.S. Senate candidate and accused child sex predator to sue them.

The Washington Post said Sunday night that Alabama Media Group (AMG) is rejecting a cease and desist letter from Moore and his attorneys.

“You have accused AL.com of making ‘false reports and/or careless reporting’ about multiple subjects related to your clients,” said a letter from AMG’s attorney John Thompson of Lightfoot Franklin White LLC. “Your letter demands that AL.com retract and recant its prior stories and that it ‘cease and desist’ from any further reporting about your clients.”

“AL.com hereby rejects your demand,” the letter said. “You have not explained how anything that AL.com has reported is untrue, inaccurate or erroneous, nor do you provide any support for your position.”

AMG vice president for content Michelle Holmes told the Post‘s Erik Wemple that the demand from Moore’s attorneys didn’t specify which stories Moore, his wife Kayla and the Moore for Senate campaign believe to be specious.

“As the letter outlines, these demands appear to be a show more than they are a serious attempt to question what we believe to be fully legitimate, serious reporting,” Holmes said.

The Post noted that AMG operates Alabama’s three largest newspapers, The Birmingham News, The Huntsville Times and Press-Register of Mobile in addition to AL.com. …

GOP Rep. Greg Gianforte Lied To Police After His Assault On Journalist

US congressman Greg Gianforte misled police after his assault of Guardian reporter Ben Jacobs in May, falsely stating that Jacobs had initiated physical contact and that the “liberal media … is trying to make a story”, according to the police incident report.

The records, made public on Friday, provide new details on the violent altercation that occurred on the eve of a special election to fill Montana’s sole seat in the US House of Representatives. Jacobs had approached the then candidate at his Bozeman campaign headquarters to ask a question about the Republican healthcare bill when Gianforte threw him to the ground and punched him.

The Republican was nevertheless elected the next day.

Gianforte subsequently pleaded guilty to a misdemeanor assault charge and was sentenced to community service, anger management classes and a $385 fine in June.

Shortly after the assault, Gianforte’s campaign spokesman, Shane Scanlon, placed the blame for the violent incident on Jacobs, releasing a statement that said the reporter “grabbed Greg’s wrist, and spun away from Greg, pushing them both to the ground”.

“It’s unfortunate that this aggressive behavior from a liberal journalist created this scene at our campaign volunteer BBQ,” Scanlon said.

That narrative was soon contradicted by audio of the incident captured by Jacobs, as well as the eyewitness accounts of a team of Fox News journalists. Jacobs decried the statement as “defamatory”, and Scanlon was harshly criticized by the political press for lying about the incident.

Gianforte appeared to distance himself from the initial statement in an apology letter to Jacobs sent 7 June as part of an agreement to settle any potential civil claims. “Notwithstanding anyone’s statements to the contrary, you did not initiate any physical contact with me, and I had no right to assault you,” he wrote.

The police report suggests that the misleading narrative originated from Gianforte himself, however. …