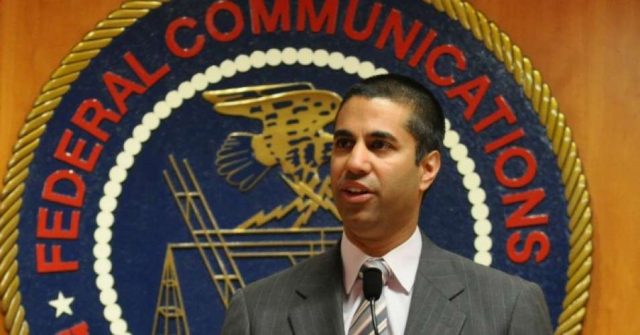 In “an awful new low” that elicited warnings about “a new wave of media consolidation,” the Federal Communications Commission (FCC) on Thursday rolled back media ownership regulations under the guise of trying “to modernize its broadcast ownership rules & to help promote ownership diversity.”

“Any pretense that this vote will help journalism or increase ownership diversity is cynical and offensive,” said Free Press president and CEO Craig Aaron, warning that the move will “lead to more mergers, more layoffs, and more communities that have no news outlets in place to cover important stories and hold officials accountable.”

In response to Thursday’s move by the FCC, Aaron’s group vowed to fight the decision and initiated a campaign to file suit.

“Today will go down in history as the day when the FCC abdicated its responsibility to uphold the core values of localism, competition, and diversity in broadcasting.”

“The FCC just wiped away time-tested and common sense safeguards that promote vibrant local media by ensuring voters have access to competing sources of news,” said Michael Copps, a former FCC commissioner and current special adviser for Common Cause. “There is no credible rationale for this odious decision which runs flagrantly afoul of the public interest.”

The new rules are expected to help Sinclair move forward with a proposed a $3.9 billion merger with Tribune Media, which would enable the company to reach 72 percent of the U.S. population. The merger must be approved by the FCC.

“Once again, this FCC majority is serving the interests of Trump-connected firms, namely Sinclair and Tribune,” said Copps, calling the rollback “disgraceful.”

“Chairman Pai has warped FCC policies and process to accommodate the creation of a Trump-friendly local-television conglomerate,” said Aaron. “The Sinclair Broadcast Group’s unabashed goal is to monopolize local-television markets and push its pro-Trump brand of propaganda over the public airwaves.”

“You don’t have to dislike Sinclair’s politics to see what’s wrong with this deal,” Aaron added. “Anyone who believes in a functioning democracy can see it’s a terrible idea to let one company amass this much media power.”

In recent weeks, Democratic lawmakers have requested that Pai delay the vote and recusehimself until the FCC Inspector General‘s office has a chance to thoroughly reviews the chairman’s ties to the merger and possible conflicts of interest. Despite attempts to halt the vote, the rollback passed along party lines, with the FCC’s two Democratic commissioners strongly dissenting.

“These media giants will have degrees of power far beyond the imagination of our local communities,” Democratic commissioner Mignon Clyburn, who voted against the proposal, told The Hill. “Mark my words, today will go down in history as the day when the FCC abdicated its responsibility to uphold the core values of localism, competition, and diversity in broadcasting.”